Astrology, Neptune, And Westworld (Part One) 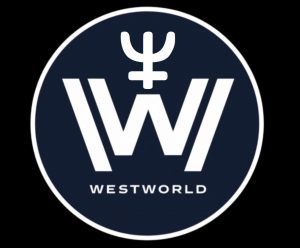 “History is a nightmare from which I am trying to awake.”
–Ulysses, James Joyce

The HBO series Westworld is approaching its season finale this Sunday. As a fan of the show (and regular readers may have noticed I’m a bit of a geek) and an astrologer, I am ready to declare that Westworld is perhaps the single best metaphor for how the planet Neptune is functioning in the world right now.

For those of you who are Westworld fans but not deeply into astrology, this three-part series will help introduce you to the role Neptune plays in your birth chart and your world. Also, there won’t be any huge spoilers for episodes you haven’t seen yet — because if nothing else, if you haven’t seen Westworld, I want to encourage you to do so.

Neptune is now in Pisces, the Sign that it rules, and is thus a stronger than usual influence on our world. Like any other influence, there are good things and bad things about that. Neptune is well-placed these days to help us make new dreams and have new visions.

And not all dreams are good ones or have happy endings.

One of the reasons some people don’t watch or read science fiction is that it isn’t “realistic.” On the one hand, that’s obviously true. Yet science fiction has a gift for reflecting some of life’s truths back to us in ways that more standard fiction can. Consider that in the 1960s when the world was dealing with some issues (like racism) in new ways, The Twilight Zone and Star Trek dealt with these things in ways that more mainstream fiction can’t get away with. Want to talk about the tyranny of populism? Have aliens land and turn the power off in a neighborhood and watch everyone’s paranoia start to tear them apart. Want to show the futility of racism? Show us two aliens who hate each other because one is black on the right side and the other is black on the left.

“Realism” is all fine and well, but our oldest stories are those of Gods and Monsters.

Likewise, Westworld reflects important questions back to us that other forms of fiction can’t address. For those of you unfamiliar with it, Westworld is a huge Western-themed park populated by “hosts” — lifelike robots — who have been programmed to have real hopes and fears and ambitions (and who don’t realize that they’re robots). They are a class of being specifically created to be used for our amusement. Kill them, rape them, torture them, do whatever you want to them, and the hosts get their memories wiped and their bodies rebuilt and then they’re sent out the next day to start the same cycle over and over again. Imagine every video game you’ve seen or played, except that the aliens or zombies or whatever you’re shooting and killing have actual consciousness.

In some ways, Westworld is the personification of both the pros and cons of Neptune. It is not imagination running wild and not caring about the consequences of its actions — it is the carefully-maintained delusion that everything is running the way it’s supposed to and that there’s no harm in that. It’s the belief that you’ve assembled a perfect amusement without any moral consequences at all, where the slate is wiped clean and you can go home entertained after you’re done. And as with real life in general: the forest adds up to something more than just the sum of its trees. Some of the hosts are becoming aware of what has been happening to them… and they aren’t happy about it.

Welcome to the world between now and 2025 as Neptune passes through Pisces. Welcome to The Awakening. How you liking it so far?

NEXT TIME: You’d prefer to think you aren’t a robot, wouldn’t you?