The Astrology Of Miley Vs. Sinead: When Sagittarius Attacks! 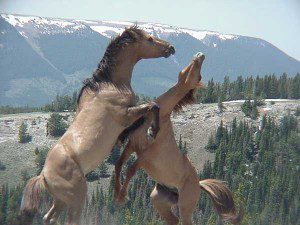 (FULL DISCLOSURE: I used to be a Stupid Young Sagittarius. I have successfully graduated into being a Cranky Old Sagittarius. I can empathize with both sides of this issue, but I know which side I’m on.)

Miley Cyrus (born November 23, 1992, 6:32 AM, Franklin Tennessee) made headlines recently with her performance on the VMA Awards, where she cleverly combined music with an anatomy lesson — oops, I mean shockingly shook her booty near-naked — in front of a huge prime-time crowd. This illustrates two near-Universal truths about young female celebrities since at least the 1990s:

-When you get famous as a kid, you’ll probably have a compulsion to disabuse people of that image of you by doing something shocking, preferably by acting trampy

-Despite the fact that this happens so often, everyone will fall for it and be shocked exactly long enough to get you the publicity you crave

(The next stage in this evolution is to do something serious and artistic, so everyone can act surprised again but will hopefully stop sermonizing about how terrible a person you are. Just you watch: somewhere, right now, there is a “Miley does a serious acoustic ballad and/or thoughtful dramatic role in a film” clock ticking away.)

For purposes of free publicity, it’s a good thing for Miley that astrologers don’t pick the day’s entertainment headlines, because “Young Sagittarius Does Something Stupid And/Or Startling In Public, Gets Attention” would be as much of a non-news story as “Leo Has Bad Hair Day, Complains Loudly,” “Virgo Expresses Disapproval Of Messy Kitchen,” or “Aquarius Says/Does Something Unusual, Is Asked To Explain.” Sagittarius has a reputation for Speaking Their Truth Loudly, whether it be shouting at a protest, critiquing your religious beliefs at a family dinner, or (in the case of Miley Cyrus) twerking. For those of you unfamiliar with “twerking,” place a bowl of Jell-O on top of a washing machine during the spin cycle. Then imagine the Jell-O is someone’s buttocks. You get the picture.

Sagittarians may broadcast their beliefs, but it’s not like they all agree on those beliefs. Enter Sinead O’Connor.

Sinead (born December 8, 1966, time unknown, Dublin Ireland) was once a talented popular young Sagittarius musician herself and was also subject to the pressures of changing her image. Rather than giving into the voices of the Entertainment Industry who urged her to “trash it up,” chose to break free by shaving her head and getting political. To The Industry’s surprise, she remained talented and popular even without flashing the world any more additional skin than that of her scalp. It’s not as if she avoided controversy herself: there are still many people who think of Sinead O’Connor as “that bald woman who ripped up a picture of The Pope on Saturday Night Live.”

Astrologically, the SNL incident (in October 1992) happened while transiting Jupiter was conjunct Sinead’s Uranus and sextile her Neptune, and the Twerk That Shook The World occurred while transiting Jupiter was opposite Miley’s Uranus/Neptune conjunction. Both these transits are times when one’s natural sense of rebellion are turned up to eleven, and consequences be damned.

Recently, Sinead wrote an open letter expressing concern to Miley that she was being misled by her advisors and by the Music Industry in general. “You have enough talent that you don’t need to let the music business make a prostitute of you,” Sinead said in one of less profanity-laden parts. In the spirit of many young Sagittarians before her receiving friendly, wise advice from an elder, Miley railed against this… fighting back with some poorly thought out public comments of her own. Since then, the levels of hostility and profanity have accelerated, vicious things have been said, and lawyers have been consulted. To date, no one is backing down.

The two celebrities are a classic example of how “Sun Sign compatibility” can both be very useful at pointing out the similarities between different people and at the same time can be quite useless at predicting “compatibility.” The Sun Sign is just the start, and looking at the rest of the chart is vital to determining  if two people can be really “compatible”… even if those two people have never even actually met.

NEXT TIME: The astrological reasons why Miley Cyrus and Sinead O’Connor should never be left alone together in a room with anything sharp and pointy. CLICK HERE for the thrilling details!

PPS: Watch your Mars, Miley… details HERE on how the upcoming Lunar Eclipse may steer you wrong…

Astrology Of Love And Compatibility: Gemini
archives most recent
More from Beliefnet and our partners
previous posts