Astrology Of Love And Compatibility: Gemini 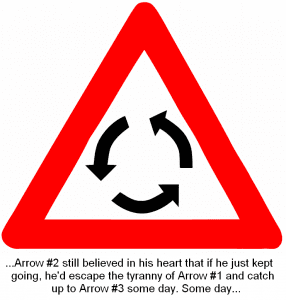 AKA: The Twins, Heckle And Jeckle, That Guy On The Bus Talking Loudly About His Prostate Exam To The Driver

Ruling Planet: Mercury, fastest and most talkative planet in the Solar System.

Identifying Features: Charming, outgoing, and well-versed in a number of fields… at least according to them when they’re discussing themselves with those sitting on neighboring bar stools.

How many Geminis does it take to change a lightbulb? That depends on the type of bulb, whether or not there’s a ladder to hold, and numerous other variables. Why are you trying to pin Gemini down with an answer when you’ve given so little information? I knew I guy once… I think he was from Maine (really terrible weather there in the autumn, he always said) who was changing a lightbulb with his cousin… or was it his uncle?…

Reputation: Often accused of having a split personality, which isn’t fair at all. They’re just multi-faceted, and it certainly isn’t their fault if you can’t keep up with them all.

The Truth: Ever seen a promo for a new TV show that you know is riddled with clichés but you end up watching it and being entertained by it and loving it anyway, yet you’re still kind of afraid to mention it to your friends at the Book Club? You know… “He’s a tough New York cop who’s not afraid to break the rules. And she’s a 12 pound sack of oats. Blair Underwood is Detective Jack Shaker, and January Jones is a 12 pound sack of oats in ‘SHAKER AND QUAKER,’ coming up next!” Yeah, that’s Gemini.

How to get a Gemini’s Attention: Be interesting. Bring something new to the table. Appreciate their ideas.

What’s To Love? No matter what the reasons are that you love a person, those reasons are first and foremost things that exist  in your mind. And “the mind” is where Gemini does its best work. They’re like a new toy every day!

What’s Not To Love? …And some days that “new toy” arrives broken, or with parts missing, or tries to bite your finger, or is in fact a twelve pound sack of oats (despite that the box says “Lego”). Just because the highs are really high doesn’t mean there won’t be lows, and those can be rock-bottom by comparison.

What Gemini needs to let those who love them know: This dizzying array of moods and words and ideas all orbit around a central core… and a lovely one at that. Find that core and keep your attention there, and the rest will take care of itself.

What you need to know if you love a Gemini: Geminis produce mental energy the way a bomb in a china shop produces flying shards. If you keep your wits about you and figure out when to duck, only a few will actually draw any blood. Having said that: yeah, sometimes they’re going to sting. A lot.

Fire Signs: (Aries, Leo, and Sagittarius) Fire Signs naturally produce the kind of physical and/or intellectual energy that a Gemini needs to be matched up with. It can work, but if ungrounded it can just result in a firestorm.

Earth Signs: (Taurus, Virgo, and Capricorn) They may seem totally different… and they likely are… but Gemini can benefit from the intellectual solidity the Earth Signs can provide.

Air Signs: (Gemini, Libra and Aquarius) This is a natural match, of course… but you know what they say about “all talk and no action.” Common goals and world views will be particularly important.

Water Signs: (Cancer, Scorpio, and Pisces)  Geminis aren’t really just “all intellect,” any more than Water Signs are just “all feelings”… but they can certainly seem that way to each other. 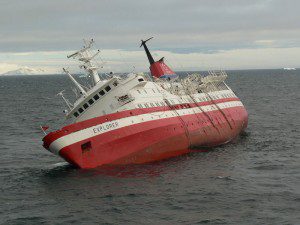 New Moon In Libra Forecast: This Ain't No Love Boat
archives most recent
More from Beliefnet and our partners
previous posts