Is an Immediate Text Response Needed?

If you read the old Dale Carnegie book, “How To Win Friends and Influence People,” there is a piece of advice from the German Army, of all things. 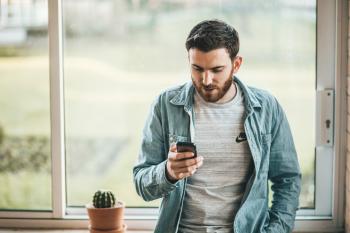 Apparently, no soldier was allowed to file a complaint or grievance until 24 hours had passed, and if he then felt he was aggrieved, he could file one.

I don’t know whether that is actually true or not, but it is eminently believable, and eminently useful. When something happens, we tend to have an immediate emotional reaction, that clouds our judgment. As time passes and the emotion of the moment wears off, reason returns and reflecting on the incident reveals it to be no big deal after all.

This problem is magnified now in this day and age of instant communication. If someone sends an email or text or instant message and doesn’t hear back almost immediately, they get aggravated.

Even worse is receiving (or not receiving) a message that appears to be negative, and immediately responding to it. That’s where people get into trouble.

The best thing you can ever do when you get a message via media that allows you to respond immediately is not to respond at once. Put it down, think about it, reflect on it, even sleep on it, and you will have a much better response.

There have been many times in business where I have gotten an aggravating, even insulting message or reply from someone where I was tempted to respond immediately and lay waste to that person. But, luckily, I did not.

I set it aside, reflected on it, let time pass, and tried to read it for what is was, then crafted a response (often a phone call) that was intended to get the result I wanted. Remarkably, most of the time I did, also discovering that the message was simply poorly written, and not a reflection of the senders intent at all.

Your communication should be designed with an outcome in mind. Responding immediately to someone, especially a woman, and scorching them will only guarantee you never get any results with them. Sometimes silence on your part will get them to re-read their message, and send you something closer to what they intended.

Back when you had to write a letter, and pay to have it sent, people were much more cordial with the written word. The reason is they had much more time to think about what they were saying. The availability of instant communication short circuits that thinking for most people, but it doesn’t have to for you. No matter your immediate reaction to a communication, set it aside and carefully consider your response. You will find you usually get a much more positive outcome. 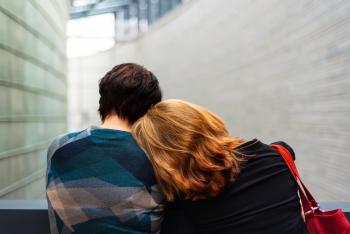 The Act of Appreciating Your Life

I feel a very unusual sensation – if it is not indigestion, I think it must be gratitude.  ~Benjamin Disraeli Sometimes we get too used to our lives. I recently returned from on all-expense paid trip to play in a golf competition recently, I started to feel like what I was doing was routine. Then […]

How Constructive Criticism Help Us to Overcome Our Weaknesses

Feedback Each of us loves what we individually are. We strongly believe in our strengths and try to ignore our weaknesses. Perhaps, overestimation of our strengths and typical underestimation of our weaknesses could lead us to less than satisfactory career, and life, in general. Fortunately, we have family, friends, and colleagues, for example to see what we actually […]

When a woman is interested in a man, her feelings can get in the way of what she knows a seductress would do and it’s easy to make dating mistakes-Anti-Seductive mistakes- that make his interest wane instead of build. And since most of the women he dates are doing these things, he’ll view you as one of many […]

Why Men’s Depression Is Still a Dirty Secret

Men are taught not to be overly emotional. It’s as much in pop culture as it is in community. We are conditioned with words like “tough” and “strong” and “brave.” There is a sense that you should be able to handle anything and everything that comes your way. There’s also a sense that it’s not […]