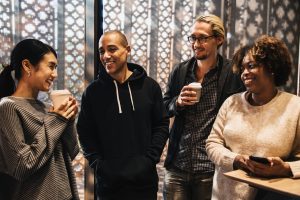 It amazes me the number of people I meet who act like they were brought up by a family of mice. No please or thank you, no let’s take turns, no ability to argue a point without anger — in other words a complete dork. On top of that, people with no social skills want us to love and nurture them when we grow up. This isn’t a man bashing exercise, there are plenty of women who are dorks too. Some people call them money grubbing bitches, but I won’t go there today.

Proper social skills allow you to progress through life and achieve your goals in a manner that’s harmonious with and pleasant to other people you meet. It’s simple, so why is it so difficult for some people? People are influenced by your behavior and attitude, there’s no getting away from it. If you’re a shit and you act like a shit, people won’t stick around for very long. Not unless you bully them to the point where they are afraid of you but that’s something even a flirty old woman won’t get into.

You don’t have to be a smarmy used car salesman to be considered to have good social skills. You need to be seen as a nice person – genuinely friendly, outgoing, interesting and likeable. It’s really easy to be nice. There is always something nice you can think of to say in any situation. Sure we all get wound up and spout off at inappropriate times and that’s okay. The goal isn’t to be perfect, just likeable.

If someone had bad role models growing up, that could cause a problem for them in social situations. When they’re uncomfortable and insecure they won’t act in a likeable way. That’s where they might be right now, but it is possible to change. All they need is the “want to” to make it happen.

Start by hanging around with someone they think is friendly and likeable. Watch what they do and how they interact with other people. They’ll look for nice things to say to people. They’ll be genuinely interested in what others say and about what goes on in other peoples’ lives.

Try to see themselves as others do. This can be tricky but they should be aware of what they’re saying and how they’re saying it and listen for feedback. Having someone shake their head at you and say, “man, you’re weird,” is feedback they should listen to. Someone who is not aware of how they come across to other people often think that they’re a great catch and can’t understand why they keep getting rejected.

If they make a mistake, don’t beat themselves up. We ALL make mistakes we wish we hadn’t. Ask Mr. Obama how many states there are and see how he feels about mistakes! Simply do their best not to make the same mistake again and let the mishap go.

Ask advice from a friend. If they think you can take any criticism (and some cannot) then they should ask someone they respect to give them some pointers on what they could do to improve their social skills. They might find that it’s only a couple of things that are keeping them from their goal. 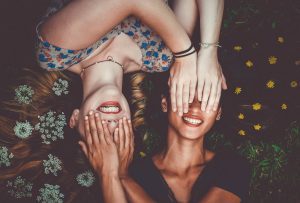