Things You Need To Know About Depression 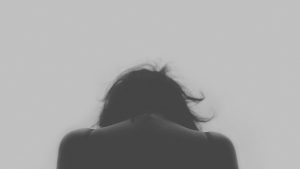 It must be the time of year. Everybody I know is depressed right now. Okay, not everybody, but it seems that way. I’m also getting more questions about depression from my readers, lately.

Depression and anxiety, unfortunately, seems to be a way of life these days and is serious business. We dismiss it by saying, “Oh, I’m just in a funk right now” or “It’s just stress.” That could be true, but when I read that 80% of depressed people never seek treatment, I’m hesitant to believe some of you. If you think you might be depressed, I urge you to address it. You don’t have to suffer; depression is treatable. Read about the disease. Talk to a friend. Seek help from a professional therapist.

Here are some facts about depression that I hope will convince you to take action.

Depression is the most pervasive type of mental illness in the United States. One in four of us will suffer from it in our lifetime. More than 40 million suffer in a given year.

Depression has numerous causes. Among the most frequent are past abuse (physical, sexual, emotional), death or loss, chronic or major illness, and a family history of depression.

Women are twice as likely as men to suffer from depression. Researchers suspect that estrogen can alter the activity of neurotransmitters that contribute to depression. However…

Women are more likely than men to seek treatment for depression. Men more often turn to alcohol or drugs.

Self-medicating can make depression worse. For example, long-term use of marijuana leads to changes in dopamine production and has been implicated in the onset of depressive symptoms.

Depression can shorten your life. A recent study published in the British Medical Journal found that even people with very mild mental illness have shortened life spans compared to the overall population.

Suicide is one way. As many as 15% of people with depression take their own lives every year.

Heart attacks are another. Sufferers of depression are more likely to have a heart attack than those who are not depressed.

Depression puts moms and babies at risk. A depressed woman is more likely to give birth prematurely.

Depression = anger? Psychiatry pioneer Sigmund Freud theorized that depression is a form of anger turned against oneself.

Suffer the children. Depression may occur in as many as 1 in 33 children and 1 in 8 teenagers in the United States. Once a child or teenager has an episode of depression, he has a greater chance of experiencing more depression in the next five years. 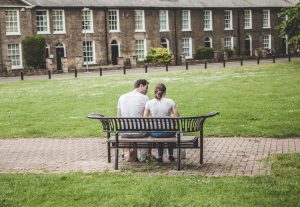