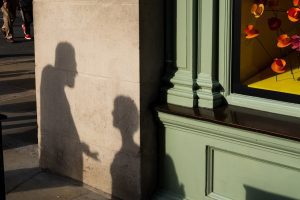 There are songs about it, jokes about it, entire movies centered around it: a guy trying to date a woman and being consistently blocked by her “best” “friend”.  Unfortunately, unlike the movies, usually the friend in question isn’t some horrible harpy but somebody who sincerely means well and just is tripping up.  Furthermore, everybody does this: men and women, gay, bi and straight.  Are you doing it unintentionally?  Chew these over and see…

Not Letting Your Friend Make Mistakes

We’ve all made bad, baaaaaad dating mistakes.  Whether it’s dating crazy, a weakness for a type that’s wrong for you, or just a decision that would baffle even the weirdest person you know, we’ve all done it.  And, not unreasonably, you don’t want your friend to get hurt.  Again.

But ask yourself: are they really going to listen to you?  As you make the same points you made last time?  And the time before that?

What To Do Instead: Talk to them about why they choose the people they choose.  Sometimes it’s purely groin magnetism; I have a friend who seemed to have a streak of dating the bitchiest, most miserable people I’ve ever run across…and it turns out they’re what he likes in bed, which shut me up quick.  But sometimes it’s something else: if, for example, you have a friend who tends to lust after people in committed relationships, that might be a fear of commitment.  Remember, you’re not their therapist…you just want them to start thinking with their head instead of something else.

Until Facebook came along, I didn’t understand what a friend of mine, let’s call her Stacy, saw in her now-husband, let’s call him Dick since that’s appropriate.  Dick is the only guy I’ve ever met who got punched out by a member of the clergy, and he thoroughly deserved it.  He goes out of his way to be a horrible human being.

Then, when I looked at Stacy’s Facebook, I saw that he’d, among other things, built her mom a new garage, rebuilt her brother’s engine block, does his half of the housework, and generally treats both Stacy and her family incredibly well.  It forced me to consider that while in public the guy is a total jackass, he never said anything horrible to Stacy.  His behavior has mellowed over time, although he’s still as unlikeable as it gets, but I learned my lesson: in private, the guy’s a lot different.

What To Do Instead: Keep an open ear and an open mind.  This isn’t to say you should put up with abuse, just talk to your friend instead of clocking their dates.

You Hold Their Dates To Higher Standards Than They Do

This is really the big one.  If you’ve ever felt yourself thinking “God, you can do better”, it’s time to slam on the brakes.  Here’s the key question to ask: do they WANT to do better?

Not every partner is a future soulmate.  Sometimes they’re just having fun.  While it’s not unreasonable to have an opinion about who they’re dating, always remember: you’re not the one being dated, here.

What To Do Instead: Relax.  After all, you’re trying to protect your friend…but your friends can only be “protected” to the degree they want to be.  Be a good friend by being there and being supportive, not making judgment calls