The Five People You Meet In Relationship Hell 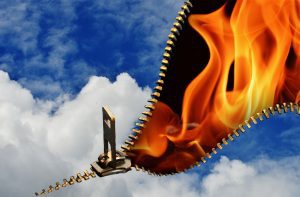 The idea of Hell makes me think of poor Sisyphus, that naughty king in Greek mythology whose misdeeds ultimately landed him in the underworld, where he was given as eternal punishment the futile task of pushing a boulder up a hill again and again and again, only to watch it roll down the other side each time he reached the top. D’OH! If you’ve heard something described as a Sisyphean task and didn’t know what that meant, now you do.

The Sisyphean task in Relationship Hell is the attempt to make a relationship work that will never work and you know it, but for whatever reason you refuse to give up. You keep on pushing that boulder up the hill over and over again in hopes that someday it won’t roll down the other side. Don’t hold your breath. Persistence is usually a good thing, but there’s also a time to cut your losses and hit the trail. One of those times is when you find yourself in Relationship Hell with any of the five guys below. Your relationships might not necessarily be hellish–they could be quite pleasant, in fact – but you’re stuck in an endless loop of trying to convince your brain that you’re with the right guy while your heart screams that you’re not.

When he’s good, he’s wonderful: loving, attentive, considerate, fun. But when he’s bad, he’s a total drag: aloof, angry, selfish, mean. We all have moods, but I’m talking constant extremes. If you never know which guy is going to show up for your date, that’s a problem. You stay with him because you’re hoping against hope that Jekyll will someday nudge out Hyde for good, but it’s not going to happen.

He’s your guy and has been for as long as anyone can remember. You know all of his friends and family and he knows all of yours, and no one ever mentions one of you in a sentence without the other name following right behind, like you’re a unit. The good news: you love him. The bad news: you love him like a brother, not a lover. There’s no spark, no passion, no heart flutters or sexual attraction. The relationship is warm and comfy and nice, but it’s not the kind you always wanted. You stay with him because it’s safe and easy, but safe and easy won’t be enough in the long run.

The Guy You Owe

He was there for you when the chips were down. Maybe you were grieving a death or in a coma or beating an addiction, and he was right beside you every step of the way. You ended up together not because you thought he was The One, but because he was the one who kept you going. You owe him, you tell yourself. You know you need to break up with him because you don’t love him like you should, but that would make you an ungrateful bitch.

You two are like Itchy and Scratchy: you fight and bite, you fight and fight and bite, fight fight fight bite bite bite. Then you make up and everything is wonderful. Until the next fight, which should start anytime now. You might love each other, you might even have fun sometimes, but you spend more time bickering than anything else, and that won’t change. That’s no way to live and you know it. You would break up with him today, but that will start a huge fight.

Bird In The Hand

He’s not exactly what you want, but he’s good enough. Your lack of confidence prevents you from seeing what else is out there. You’re afraid you will dump him and then not be able to find anyone better, so you settle. Could you find someone better? You’ll never know.

How about you; are you settling? If you are, let me remind you that life is short and you deserve the kind of love you want. There’s no guarantee that you will find it, but you are guaranteed not to find it if you settle for less before you have a chance to explore. No relationship is perfect, but in your heart you will know when it’s right and when it’s not. Don’t settle for less. 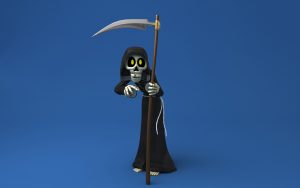 Do note that this is purely from the point of view from guys, and i hope i speak for most of them. (: If you disagree with some of the points, feel free to scold me, the same way i hope you’d (com’on guys) voice your support for any points you agree with. 1. Don’t […]

You and your sweetheart are about to celebrate your five year anniversary. Or maybe your girlfriend has just landed a fabulous promotion. Perhaps your hubby has finally completed his MBA and is about to start his own company. Either way, a celebration is in order and this time, you want to pull out all the stops. […]

What To Do if You’re Dating a Money Hungry Gold-Digger.

Some men feel that all women are gold-diggers.  Ladies, don’t get mad, but to some extent this is true.  And biology is to blame.  A woman is hard-wired to seek a mate that can provide for her while she raises a family.  And while the changing sensibilities of modern society have allowed many women to […]