What You Can Learn From The Dead

One good way to get clarity in your life, they say, is to find out you have a terminal illness. Nothing focuses the mind quite like having your final cosmic bill slide under your door with a message that says no, you cannot get an extension on your check-out time, sorry.

I would kill for this kind of clarity, but I’m not willing to die to get it. When the dying receive their bad news, it’s usually far too late to do much about it. In an instant the meaningless bullshit in life (i.e. 90% of the stuff people worry about) falls away and they can suddenly see what really matters, but advancing illness or lack of time prevents them from making many last-minute changes. Not that last-minute changes mean much, anyway.

I bring this up not to be morbid but because I’ve just read an article, The Top Five Regrets Of The Dying, that I need to share with you. The author, Bronnie Ware, worked in palliative care for years and spoke with many people of their lives – people with laser-focused minds and the wisdom that only comes from a sudden and profound sense of urgency to know what’s true before you punch out for the last time. They’re gone, but let’s learn something while we still (hopefully) have what they didn’t: the time to do something about it.

Says Ware, “When questioned about any regrets [the terminal patients] had or anything they would do differently, five common themes surfaced again and again.”

I wish I’d had the courage to live a life true to myself, not the life others expected of me.

This was the most common regret of all, says Ware. Instead of following their dreams, her patients had spent their lives doing what was urgent or practical or what they thought others wanted or needed from them. “When people realize that their life is almost over and look back clearly on it, it is easy to see how many dreams have gone unfulfilled. Most people…had to die knowing that it was due to choices they had made, or not made.”

I fully understand the sentiment here: when we’re older we will regret what we didn’t do more than what we did. I’m all for chasing your dreams, but in reality it is easier said than done. If you have a job or family, you have to live a life that others expect of you, at least in part, or you risk losing things you need to live at all. Is it possible to do both? I like to think so, but I’ll be honest: I’m not sure how.

I wish I hadn’t worked so hard.

No surprise here. We’ve all heard the saying: “No one ever says on his deathbed, ‘I wish I had spent more time at the office.'” Ware says this was a regret of every male patient, and it is a fear of mine as well. I work too much. My child is growing up too fast. In a few years I will be waving her off to college with a heavy heart; I don’t want to have a guilty heart, too. I spend a lot of time with her now, but it could be more. Lots more.

I wish I’d had the courage to express my feelings.

“Many people suppressed their feelings in order to keep peace with others,” Ware says. “As a result, they settled for a mediocre existence and never became who they were truly capable of becoming.”

I’m torn on this one. I get that she’s talking about reticence, and that’s why this particular point makes me think of you, my readers. You write to tell me how you feel about someone and ask if it’s okay to express those feelings and how you should do so. So many times I’ve said, “Life is short! Speak up, be honest,” and I believe that, but I also believe that honesty is like fire: it can do a lot of good, but it can also do much harm, and must be handled with care.

Ware seems to disagree: “We cannot control the reactions of others. However, although people may initially react when you change the way you are by speaking honestly, in the end it raises the relationship to a whole new and healthier level. Either that or it releases the unhealthy relationship from your life. Either way, you win.” Is self-actualization at the expense of others’ feelings acceptable behavior, or am I misunderstanding the point? When did keeping the peace become a bad thing?

I would love to hear your thoughts on this and all five of Ware’s points, the rest of which you can find here. You might not agree with all of it, but surely you can agree with me that the advice from her former patients is transcendent and potentially life-changing.

Life is short, truly. Don’t wait until it’s almost over to decide to live. I’m not. 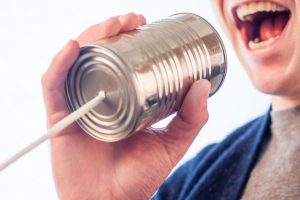