The Do’s and Dont’s of Dating After a Breakup 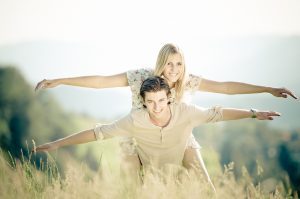 You and your significant other just broke up, you’ve cried your tears, made voodoo dolls resembling them and destroyed all the old photos. Or maybe the two of you were the lucky exception and ended on good terms. Either way, now it comes time to move on with your life.. but how long should you wait before you start dating again?

Well, there’s two ways of approaching this question. On one end you might think the longer you wait the better, just to ensure that nobody’s feelings get hurt. On the way opposite side of the spectrum you may be more encouraged to follow the old, wise proverb passed down from your mom (or probably not) “the best way to get over someone is to get under somebody else.” Either way, the following tips might give you some perspective on how to move from one to the next in a mature manner.

Do: Have Respect For Your Ex

This rule especially applies if you were the one who broke things off. You need to realize that your ex may be going through a rougher time than you are and you should take their feelings into consideration.  If you are ready to move on, keep it on the DL. If the two of you still keep in touch don’t be sneaky or lie, just don’t rub it in their face.

Don’t: Date For The Wrong Reasons

Your ex moving on before you is not a good reason to start dating. Neither is dating someone who keeps asking you out because you feel guilty. Dating for the wrong reasons will only cause more problems. Everyone’s situation is different but you’ll be able to tell what’s right and what’s wrong for your specific case.  Get back to following your instincts…they’re usually right.

Do: Take Some Time

Regardless if you are over your ex right away, you still don’t want to jump right into another relationship. Give yourself a couple of weeks to be independent and on your own before you get seriously involved with somebody else. Taking some time to hang out with your friends and focus on  some “me”-time won’t kill you and will actually be pretty rejuvenating.  Sometimes learning who you are again can help you find an even better love as the last.

When you’re ready to move on and start seeing other people, you’ll know it. If you’re not, that doesn’t mean that your ex isn’t either.  If your ex does move on before you, don’t throw a fit. Act mature, avoid bashing your ex and their new beau on Facebook, and/or spreading nasty rumors to mutual friends.  It will only prolong the moving on process for yourself. Even if you ended on good terms don’t try running into your ex or continuously trying to talk to them if they want space. Getting out of a relationship is an excuse to cut out some of the drama in your life, don’t look for ways to create more.

Do: Wait Until You’re Actually Over Your Ex

This is the most crucial rule of them all. The most important thing to follow– as corny as it sounds– is your heart. When you’re ready to start dating again, you’ll know it. Make sure you’re over your ex first and foremost, because not only would you be hurting the person you start dating, but you’ll hurt yourself if you’re really not over the ex yet. It’s not something you can rush, when you meet the right person, you’ll know it, and at that point I’d say it’s safe to move on. 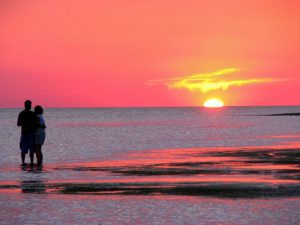