The Golden List of No-No’s for Meeting Her Parents 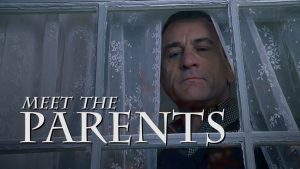 There comes a point in every relationship when two people become so infatuated and comfortable with each other that they must screw it all up…this point is better known as “Meeting The Parents” (or marriage). Meeting your SO’s parents (Significant Other: for those who haven’t caught on to the acronym craze of the 21st century)  is such a common and awkward experience that not only was a movie  made about it (Meet The Parents), but it became an instant classic and even had a sequel (Meet the Fockers).  So considering that we all must face this terrible bump in the road at some point, we’ve decided to provide you the golden list of no-no’s  for meeting your girlfriend’s parents…

No-No #5: DO NOT become best friends with Jim Beam

Nothing can make a worse impression than whiskey on your breath and a stumble in your step. First, Mom and Dad can probably drink you under the table. So, don’t try to impress them with your tank-like drinking skills because unfortunately, they won’t be impressed. They’ll only think you’re a mumbling, belligerent moron who they cannot get away from their daughter fast enough. And you’ll smell bad because no amount of AXE body spray can cover the stench of belligerence. So don’t do it. It smells bad and tastes worse – ask your girlfriend if you don’t believe me.

Your best buds might think that’s awesome while sitting around the TV watching Monday Night Football. Her parents? Not so much. They want to hear about the positive and respectable aspects of your life – your hopes and your dreams. Perhaps they want to hear about your family. But what I can absolutely assure you is that they don’t want to smell the aroma of your Mexican flavored lunch in their faces as you burp your way through digestion.

One word: rude. No matter how wealthy, generous or eccentric her parents are, they WILL notice if you order the most expensive thing on the menu. Not only will they notice but they will bring it up to their daughter who will in turn bring it up to you. So, in order to avoid the convoluted drama, avoid the $$$$ meal. For one night you can suffer with…God forbid…the chicken. 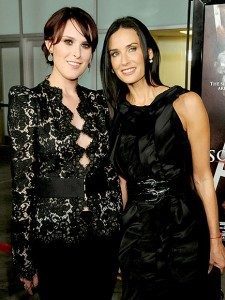 …No matter how hot or cougar-ish she is. This is the easiest way to make Dad hate you immediately. This is also the easiest way to get broken up with. So, unless you want out (or your girlfriend is Rumer Willis because, lets face it, Demi is hot), stay away from your girlfriend’s Mom. Who ever tells you that hooking up with Mom-aged woman is acceptable is lying to you. They are in denial. It’s not cool and don’t let anyone tell you that it is. Trust me, you’re girlfriend will agree. 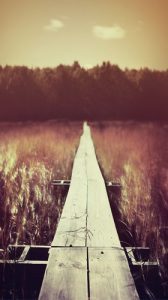 Do You Wake Up Excited?
archives most recent
More from Beliefnet and our partners
previous posts

Of course, you must make the decision for yourself as to who you communicate with and how you approach a relationship with someone over a long distance or over the internet. Based upon my experience, these are some of the guidelines for meeting an Eastern woman (or man) over the internet in the quest to […]