Is ignorance a choice? Too much information 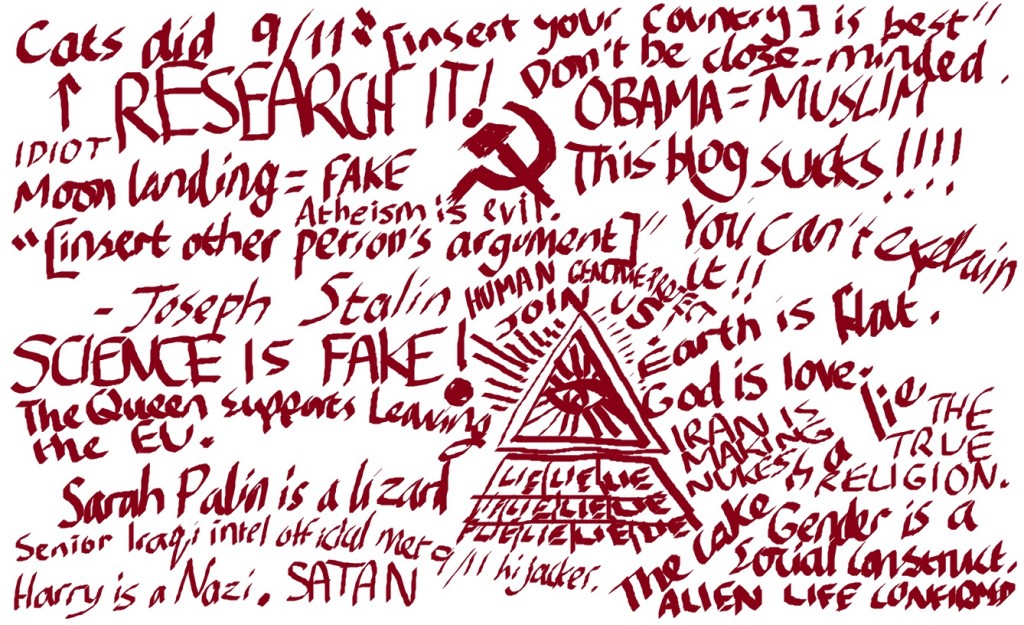 You may have heard the phrase, “in the age of information, ignorance is a choice”.

The quote is attributed to Donny Miller, a Christian spiritual writer. But is it true? Is ignorance a choice, or is something else going on in our overcrowded, speedy electronic environment?

Is it really up to you whether you read all the books in the world and pack all the information in the world into your brain?

Donny Miller isn’t exactly an expert on the “age of information”. He’s just an author, and by no means someone who had any significant grasp of science or the sheer volume of information actually at people’s fingertips today.

Is ignorance a choice?

A better source of expertise on this question might be the late Carl Sagan, who wrote The Demon Haunted World. In that book, we find a guide to skepticism – the famous “baloney detection kit” – as well as something you might not have expected. Carl Sagan explains that ignorance isn’t really our fault. It is not a choice, but an accident, and it happened because the world became too complicated and the sum of knowledge became too great to know.

The amount of tasks expected of a person, the amount of knowledge the average adult is expected to fit in their head (how to operate machinery, how to drive a car, how to manage your finances) are greater than ever before in human history. This is one of the reasons why kids take so long to stop being kids (in many cases now, the kidding around doesn’t really stop until they are 30).

I would also add the fact the growth of highly specialized fields of knowledge and the current progress towards a technological singularity show that the wealth of knowledge and the extent of technology are reaching escape velocity. Most people simply no longer have even a basic knowledge about each scientific or academic discipline anymore and don’t care. Even scientists don’t care about disciplines outside theirs.

Sociologists don’t care what biology says. Students can only pick one or two disciplines, and will find it very hard to study the natural and social sciences together. In current courses and training regimes, a person can only truly get good at one thing. The reason is that our brains are literally just too limited and our lives too short for us to really know everything or study every discipline. Knowledge is no longer any one person’s apparent responsibility. We have scientists for that. Once we reach the singularity, civilization may have become so technologically complex that it can’t be run effectively by humans at all, and must be handed over to highly advanced self-developing computers more capable than any human researcher.

That wasn’t a digression.

A vast explosion in information and responsibility has taken place. And the result is that people are not more informed than ever, but more ignorant than ever. People are so confused by the sheer volume of information that they no longer know what to believe and can’t even form a coherent worldview. You might get one portion of your views of a television channel, another off a Twitter account, and yet another off a YouTube channel, where in the past people overwhelmingly only listened to their parents and possibly the official government media channel.

The world is in fact so overwhelmed by information now that you can’t find the answers, but it has also become greatly difficult to find “meaning” in the world. From this vacuum, we get new bizarre cults and movements. Deafened by the chorus of information, many people are only more driven to simplistic or wishful thinking. They turn to the simplest of philosophies and consciously close themselves off to all the noise on the internet, dismissing almost everything they read as wrong while focusing on their favorites.

Add all this to the fact many people are so overworked and exhausted at the end of their shift that they don’t have time to even think about why their job exists, or whether it is really necessary at all. For them, the idea of reading all the books in the world, researching every conspiracy theory on the internet, and trying out every type of faith and spirituality to find the right one would be absolutely absurd. Their ignorance isn’t a choice, it’s because they literally just don’t have time at the end of the day. They can’t put their glasses on and read postdoctoral theses, when they can barely get their eyes to focus on the television screen.

A vast majority of people are simply a product of their surroundings. Their worldview is dictated by the extent of their education, and this gets even more interesting. Content is worthless. Aristotle’s collected works are worthless. These need to be explained by scholars. There is no way you could make any sense of those without guidance. The internet is even worse.

On the internet, anyone can publish. People can publish without any ability to order information. Like charlatans, they can only subject you to their own confusion, and muddle your already tired mind. They themselves don’t know the meanings of the words they are using, yet they can still preach their undergraduate definitions to grown adults.

Conspiracy theories are the worst outcome of all, and they are something Carl Sagan also writes of in his book. Conspiracy theories represent the tangled outgrowth of knowledge badly mapped by amateurs. Misunderstood realities, half truths, misquotes, jumbled and cherry-picked information all presented under the slogan “they don’t want you to know”. Maybe it’s all true, but if the conspiracy theorists are confused and don’t understand or study their own sources, do they really “know” anything at all?

Information is actually worthless. Like the works of Aristotle, it is no good in its own right in the hands of a layman. Only the correct context, the correct instructions, and the ability to order and interpret information coherently (even if biased) results in a more helpful worldview. Any random bombardment with aphorisms and other random data will only cause you to misunderstand. You might as well be looking at a stray volume written in a foreign language.

The “age of information” is confusing. It’s surprising we know anything at all, and ignorance is an accident of birth, not a choice. We now stumble through a fog of confusion, misinformation, misnomers, and amateurish teaching. If anyone can tell you how the world works, no-one can.

How old are stories? (a theory)
archives most recent
More from Beliefnet and our partners
previous posts