How old are stories? (a theory) 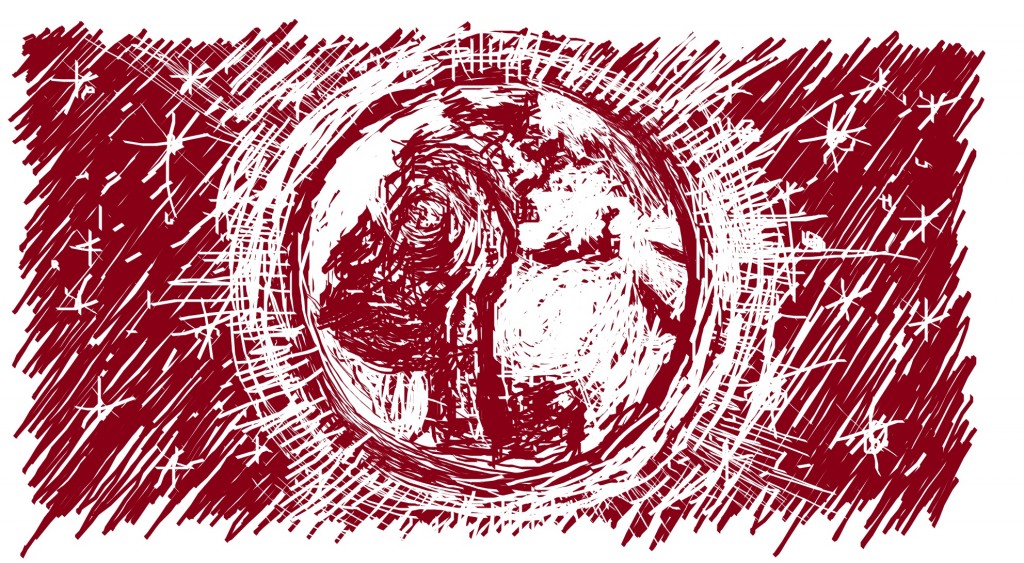 In the start of the film, 2001: A Space Odyssey, Stanley Kubrick depicts a scene both reminiscent of human prehistory and evolution, and at the same time of mythology.

An ape-like human ancestor is depicted first using a bone as a weapon, representing the flare of humanity’s earliest adoption of technology. Humans are frail and pitiful creatures in their own right, and there is nothing remarkable about them. But in their handling of technology, in their potential to build and refine the use of tools, they stand apart from animals.

The Bible tells of the Tree of Knowledge, but the Bible is known to actually be a compilation of older parables credited to divine sources, likely pre-dating even the earliest cuneiform writing. Ancient Greek mythology tells of Prometheus stealing fire from Zeus, and of creating humans (creation of the first humans was not a divine act of creation in that mythology but was actually an offense aimed at Zeus). What if the myths about humans stealing fire, knowledge or the capacity to build technology in some great saga in the past are actually true?

After all, how old are stories? Some such stories are so old, carried only by word of mouth if you go far back enough, that they could go back any length of time – even before humans were fully human (supposing you accept current biology to be accurate). They had no original author, or the author may have been so old that he was not human at all.

I wrote the same back in 2013, when I donated an essay to Ontario Consultants on Religious Tolerance (OCRT):

If we take an evolutionary standpoint, there likely was a Prometheus “incident” in our evolution, and in this sense the parable of knowledge being “stolen” is describing a very definite reality.

I believe we ought to look deeper into that hypothesis. It may be that the myths of one human first using fire and tools, with their parallels in other myths about usurping knowledge and technology, are ultimately talking about a real event. It would not have happened exactly the way the varied oral and written versions of these myths say it happened, but these accounts may actually be referencing a real event, as could much religious literature.

How old are stories such as fairy tales, fables and religious parables?

Remember, at one time in history, writing did not exist. All stories were conveyed orally. Before modern ideas about science and reason prevailed, people didn’t care if a story was accurate, as long as it offered some rudimentary explanation for them. Fiction is older than non-fiction. It was the original way “history” was told. It is possible, even, that the capacity to convey meaning by speech or crude pictures may predate the actual existence of modern humans as a species, supposing human ancestors had some capacity for abstract thought and inspiration. Already, recent digs have suggested that human-like intelligence and activity (including use of camp fires) was present much longer ago than was ever originally believed in the timescales of modern biology.

This could mean various much-loved folklore tales including Little Red Riding Hood could really be true, at least according to some muse long ago, only that they are Chinese whispers from the dawn of time, telling about the adventures of creatures who did not yet have a fully developed form of language or weren’t even fully human.

This is a fascinating theory of mine, but it might never be proven true or false. It delves into something so obscure that it is a singularity in history, a place where all evidence vanishes and ultimately the conclusion could fall either way, although it makes for a great thing to think about.