Going back to the Christian Crusades is a farce 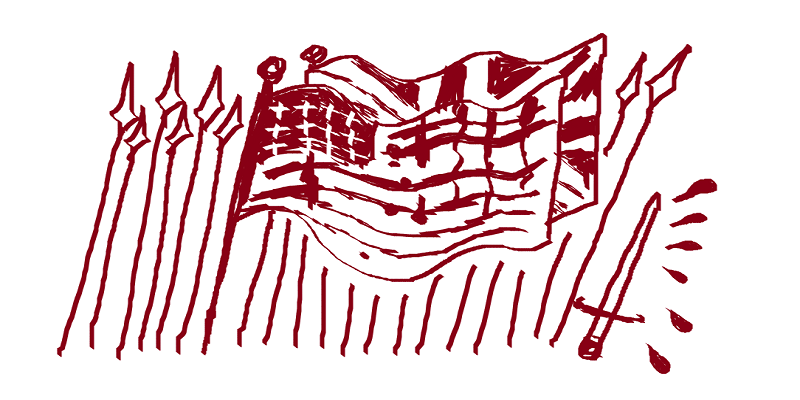 Politicians who try to portray the world in terms of an epic struggle between Western “modernity” and Islamic “medievalism” will achieve nothing but send us back to the Christian Crusades.

Defenders of Europe as a Christian continent are incredibly naive about their own history. And this is why, to quote a great sociologist, history always repeats itself. First as tragedy, second as farce.

Tragically, or perhaps farcically, numerous political parties exist in present day Europe that base their entire political vision on a bloodthirsty promise that Islam will be vanquished by a righteous “Christian” civilisation in Europe. Invigorated by the disastrous failed War on Terror, which was initiated by George W. Bush who himself claimed to be waging a “crusade” with the blessing of God, racist Islamophobic parties thrive in Europe. Warning constantly about a conflict in Europe that they one day intend to glorify and fuel, Islamophobic politicians align themselves with whoever kills Muslims around the world, even when the objects of their support committed worse crimes than the self-described “Islamic” terrorists.

To them, reverting our times back to the Christian Crusades is some kind of fantasy involving blonde princesses and knights in shining armor, because their understanding of the horrific Medieval Europe is limited to a smattering of Disney films, pictures of castles and abbeys, and The Lord of the Rings.

Those who cannot comprehend the past have no future

It is my fear that this Islamophobia does not only exist here in Europe but also exists in Russia, and is perhaps at its most ignorant in North America, where pundits and bloggers who need not be named campaign endlessly to liquidate the Constitution so they can exterminate “Nazi” Islam. Such a message has already been promoted with billboard campaigns of hate in the United States.

I was dismayed that Russia’s Orthodox Church sanctioned Russia attacking ISIL targets in Syria. While I applaud any effort to destroy ISIL (also erroneously called “the Islamic State”), and I have advocated the United States (and certainly Russia now) using much heavier ordnance to annihilate all ISIL-controlled territory, it isn’t the role of a major church to bless combatants, and I see this move as a very dangerous one. I only hope that churches in Western countries, in particular the Roman Catholic Church do not follow such a foolish precedent and become participants in a war like that.

Pope Francis has spoken of ISIL as a grave threat and appealed for the protection of Christians using force when needed, but he has stopped short of actually blessing any particular forces in the very complex conflict in Syria. There is reason to be worried when a major church gets deeply involved in blessing combatants and encouraging them to kill, which is the stuff of the Middle Ages.

I would sum this up by saying that one must reject the so-called “clash of civilisations” on moral grounds. The Western civilisation is superior to no-one. At the same time, the “Orthodox civilisation” of Russia has always been an empire of which Islam was an integral part. Islam is also now an integral part of culture in Europe and perhaps the Americas.

We must accept Muslims, stop provoking their people, and stop promoting the West’s own crusaders, fanatics, reactionaries, hypocrites and defenders of barbarism as some sort of Christian bulwark against Islamist militancy.