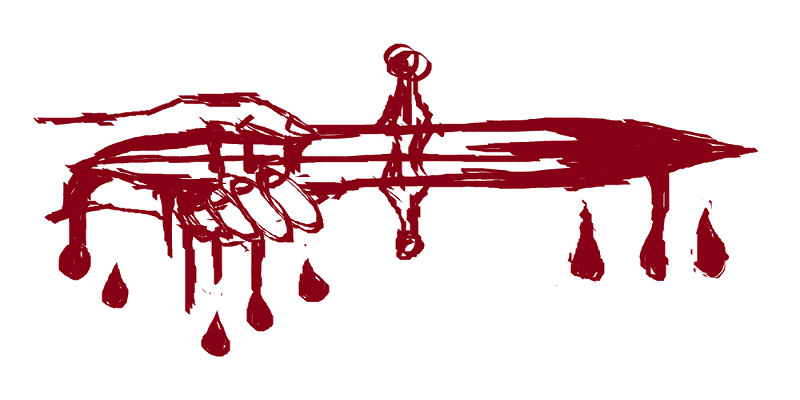 We may have all heard of the double-edged sword. What you may not have heard is that there are people dumb enough to actually create and use them in hope of harming perceived enemies.

I’m thinking of the crazy situation in Syria, and more specifically the requests by desperate Syrian rebel groups for advanced anti-aircraft weapons from the United States. According to these terrorist Syrian rebel groups, they deserve American weapons because they are the “moderate” armed militants (as if moderates need their assault rifles and suicide bomb vests). They claim they are under attack by Russia’s airstrikes in Syria, and that they can’t defend themselves without the US responding by giving them more and better weapons.

Of course, the United States cannot give the Syrian rebels high-altitude surface-to-air missiles (SAMs) against Russia for the same reasons that they could not give them anti-aircraft missiles against the Syrian government of Bashar al-Assad. It’s questionable that Patriot missile batteries, the type needed, (and already deployed at the Turkish border to protect the rebels from Syrian fighter jets) could be operated by lightly equipped militants and terrorists at all. Shoulder-launched missiles are already in the hands of the Syrian rebels and will continue to be useless. But the US’s own planes have been operating above Syria as part of a Coalition for months now. Any new rebel weapons capable of shooting down the Russian warplanes would fall into ISIL and al-Qaeda hands and be used against the US-led Coalition’s aircraft too.

The last time the United States delivered weapons supplies to terrorist rebel groups in Syria, many of them fell into the hands of some of the worst and most dangerous extremists in the country, the al-Nusra Front. Even worse, carefully “vetted” rebel groups that the Pentagon had called “moderate” in front of Congress immediately joined al-Qaeda, along with their brand new American weapons. ISIL itself possesses a large stockpile of US weapons gained by the reckless supply of armaments by the US into the region.

Considering that the US can’t give the rebels the weapons needed to shoot down Russian and Syrian warplanes without also giving ISIL the ability to shoot down airliners and Coalition jets, the incompetent US Coalition has now become a key part of the Russian plan in Syria. It is effectively blocking the US’s only option for confronting Russia’s new assistance to the Syrian government.

As long as Russian jets share the skies with American jets, the two will avoid each other and be unable to do anything about each other, effectively cancelling out each other’s pressure and ensuring that neither side makes much progress towards a military victory. With Moscow serious about Assad not being overthrown, the only solution is a negotiated peace in Cold War tradition, with Moscow on one side and Washington on the other. All other actors are irrelevant to such negotiation and simply obfuscate the real interests at work.

It gets worse for the US government. For the last few years of the Civil War in Syria, the US and allies accused an endless array of actors from the Lebanese Hezbollah to the Iranian Revolutionary Guard Corps (IRGC) of “propping up” the Assad government. Those actors now include the Russian Federation and possibly even China directly. The US couldn’t even break the original “resistance axis” of Iran, Hezbollah and Assad in Syria. What are its chances of defeating the same axis, only now including Russia and China? The US may have gotten rid of Assad’s small arsenal of chemical weapons, only to invite the Russian hydrogen bomb into the region.

Russia’s airstrikes in Syria look like pure jujitsu by the martial artist President Vladimir Putin. Well aware of the limits of Russian military power, Putin will rely on the current disarray, incompetence and lack of coordination of the US Coalition and rebels in Syria rather than the strength of his own forces. So long as US planes are safe in those skies, Russian planes will be, and vice versa.

The US is trapped in Syria by years of commitment to the failed revolution, whereas Russia can slip in and out of the country at will, inflicting billions of dollars of losses on US-supported rebels cheaply every time. With economic sanctions already exhausted against Russia over Ukraine, and the Syrian rebels already armed to the maximum, the West has nothing left to threaten Putin with over his actions in Syria.

The United States military doesn’t trust the so-called Syrian rebels, and after years being betrayed and manipulated by them, it has good reasons not to. The US has been too quick to see allies in the world where in fact none exist, which is why they failed to see ISIL as a threat in Syria until much too late.

In the meantime, President Obama’s speeches on Syria have become stranger, motivated by the narcissism of refusing to accept he was wrong about the War. “Syria will fall”, he insists, a little less certain than he used to sound, and he assures us all that the country will then be ruled by those “folks” Obama picked to rule the country – the fantastic four remaining rebels who are supposedly not extremists. The more Obama tries to attack Assad, the more the administration bleeds money and credibility on fantasies it refused to give up since 2011, today leaning on the double-edged sword of the terrorists who want to attack both Assad and America.

There is at least some poetic justice if we realise that the one political change the Syrian rebels ever really called for – airstrikes on their country – ended up landing on their own heads every time.