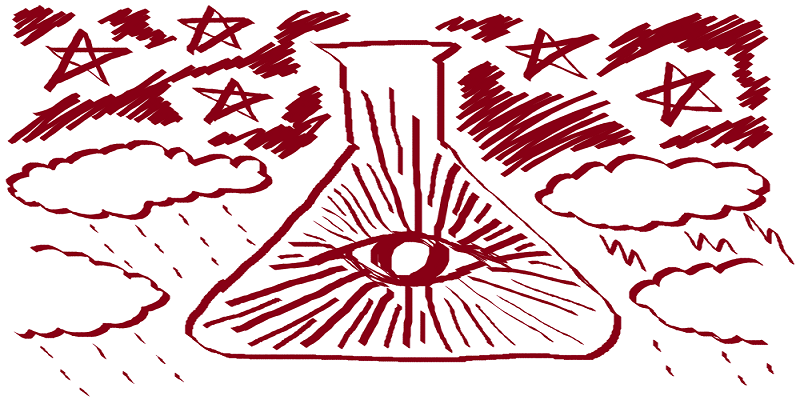 It is a fact that science now has the capacity to introduce whole new species. The means of such creation is synbio, synthetic biology.

To people with conservative ideas about humanity and nature (James Hughes would say bioconservative) the rapid development of synbio as an area of science may seem disturbing, but it is inevitable.

While the Internet will be disappointed to know unicorns, dragons and Godzilla cannot yet be made a reality, small things like new “designer bacteria” are already a fact. Scientists are introducing new species of microorganisms already, their DNA synthesized from scratch for the sole purpose to make them efficient machines to serve human needs. The production of such new life-forms is achieved in the field known as synthetic biology (synbio), largely credited to J. Craig Venter.

Once asked if he was “playing God”, Venter responded succinctly, “I’m not playing”.

Microbes may seem like no big deal, but big things have small beginnings, and the introduction of these bacteria is likely to alter the shape of sustainability in the future. Humans are the first species to be able to create new species, potentially to fully control themselves and the biology of the planet. Industry-conscripted germs are likely to completely reshape the landscape of energy and geopolitics in the biotech century.

I would like to point out at this stage why I think this is important. I have been captivated by these implications of Venter’s work since I first watched a televised lecture by the man many years ago. I would later review his book Life at the Speed of Light (2013) for the transhumanist publication h+ Magazine, only to discover that Venter himself had even grander predictions for synbio than I. I don’t know if Venter fully understands the social and economic implications of his own discoveries, but I can confirm there are others who surely do.

By no means do I consider scientists or even Venter to be saints. However, what they are trying to create with synthetic biology can only be called gifts, which could be used altruistically to bring about a new era of sharing. Could true equality and a sane economy really be engineered with science, by overcoming what is “natural” and challenging the state of nature itself?

With synbio, scientists are not just making history but are making nature

As I argued in a recent op-ed embracing synbio at h+ Magazine, natural resources are being depleted, the planet’s biology is no longer good enough for human civilisation, and this problem has become the object of wars. Natural resources are largely composed of either living things or the long-term product of ancient living things, if we think of petroleum and natural gas. Even the air we rely on is the product of plants. One possible exception is clean water, which is being depleted. Yet, with sufficient abundance of energy, engineers would find the means to desalinate and purify water on a sufficient scale to correct such a problem.

Use of microbes to clean up oil spills is a developing area of research. In theory, it could be used to avert the level of damage witnessed in events such as the BP oil spill. But beyond cleaning up oil spilled in the process of inefficient and risk-prone transportation and extraction methods, there is the possibility of engineering microorganisms that actually make oil.

Ancient algae turned into oil. In modern times, scientists like synthetic biology’s founder J. Craig Venter work towards turning algae into oil in a much shorter timescale, by changing the biology of the microorganisms at a genetic level.

So-called Oil 2.0 was already a fact being reported on in synbio news back in 2008

The solution becomes the achievement of easily replaced and harvested fuels, which would avert the need for inefficient and arduous extraction of oil. Man-made bacteria have the ability to bring hydrocarbon fuels like gasoline to humanity rather than forcing us to go after them. This has already been achieved with limited success, in the form of so-called Oil 2.0.

There is a problem with something like Oil 2.0, however. Scientists are too shy to advocate anything more than producing it expensively in laboratory complexes and facilities. Silos would be necessary to hold the reserves, if it really wanted to compete with the existing petroleum industry, and those silos would need to be gigantic. By contrast, oil exists in the natural environment already, which means the world’s reserves of oil don’t have to be stored in facilities. The need to store Oil 2.0 or Oil 3.0 in giant silos potentially makes the resource even more expensive and inconvenient than ordinary oil.

I believe the solution to the above contradiction is clear. Scientists need to find a place for man-made organisms in the natural environment or semi-natural environment, such as farms. There must be ways of designing something like Oil 2.0 so that it can be farmed in the open, like a crop, using some forms of irrigation and cultivation developed specifically for bacteria.

Of course, there is a possibility, upon following this advice, of contaminating the environment with the biological and chemical parts of the fuel. It would need to be averted by engineering the microbes to not survive without supervision by handlers with the right supplies. Even if catastrophe occurs, I think the need to help humanity overcome the depletion of natural resources is too great to be deterred, as is the basis of my Catalyst: A Techno-Liberation Thesis (2013). 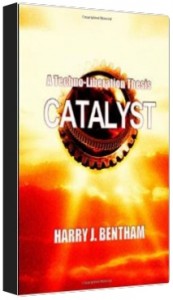 Oppose all of this as monstrous, as I know many will, but it is inevitable. It is only a matter of how responsibly we respond as a civilisation to the challenges of introducing new species with synbio. The species themselves are already here, and more are on the way. What will you do?