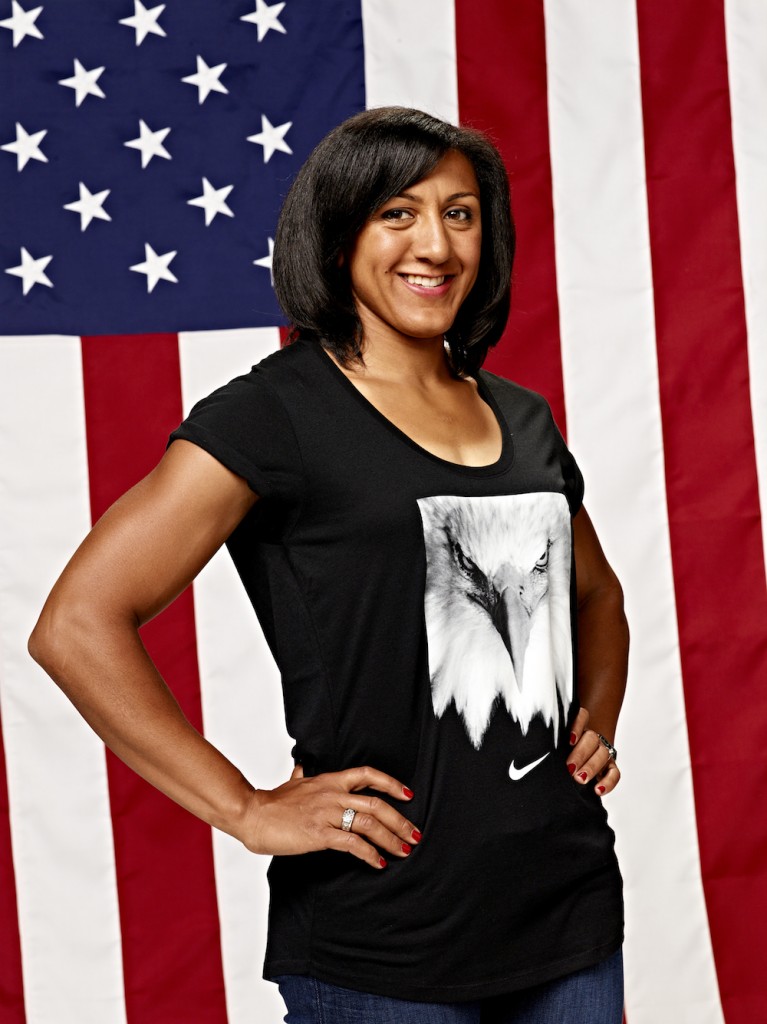 Elana Meyers was born into an Episcopalian family that later became Lutheran. More recently, she was baptized in a Baptist church. She’s also been known to attend non-denominational services. So Meyers really isn’t sure how to label her Christian faith.

But the two-time Olympian and 2010 bronze medalist does know that she is first and foremost a follower of Christ. For Meyers, that means doing things a little differently within her highly competitive sport.

In this Inspiring Athletes interview, Meyers talks about how her original path to the Olympics didn’t quite work out, what it means to serve others within her sport, and how fellow believers on the team bring added strength and support to her efforts on the ice:

Chad Bonham: Tell me about your athletic history and how that led you to bobsledding.

Elana Meyers: I grew up in Douglasville, Georgia. My father played football for the Atlanta Falcons. We lived a bunch of places when I was younger. I was born in California. We lived in Chicago for a little bit and finally we ended up in Georgia. I grew up playing softball and at the age of nine I decided I was going to be an Olympian. I didn’t really know what that meant at the time. I thought it might be in a warm summer sport like softball, but I played a variety of sports growing up—basketball, soccer and track. I really didn’t care. I just wanted to be an Olympian.

I played softball at George Washington University and then I played professionally for the Mid-Michigan Ice. I had a couple of tryouts with the US Olympic Team but I don’t know if I have a word to describe how bad one of the tryouts was. It was the worst tryout in the history of tryouts. It was that bad. So I totally bombed it and thought my chances of being an Olympian were over. However, my parents had seen bobsledding on TV in 2002 while I was still in the college and they told me I should try it. At the time, I still thought I was going to be an Olympic softball player. But later, when I retired from softball in 2007, I decided to give bobsled a try. I emailed the coach and got invited to Lake Placid for a tryout and I never left.

Bonham: In 2010 you were the brakeman but this time around you’re the driver (with teammate Lauryn Williams). What are the major differences between those two positions?

Meyers: I like to compare the two to a quarterback and a lineman. Being a brakeman is very physical and success is mostly determined by how fast you can push a sled for about 30 meters. Your position is won or lost by the hundredths of seconds you are faster than another individual. It’s like the lineman who is there mostly for their athleticism and physicality. The driver, like the quarterback, possesses a unique skill that takes a lot longer to learn.

Bonham: Bobsledding seems to have become a diverse sport here in the United States. 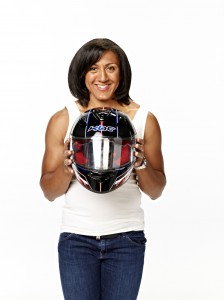 Meyers: Yeah, no one really grows up competing in the bobsled. You have to be 16 years old before you can even drive one. And there are really only two places in the country where you can bobsled—Park City, Utah, and Lake Placid, New York. There’s not really much of an opportunity for a girl from Georgia like me or a girl like Aja (Evans) from Chicago to grow up bobsledding. I think it’s great that we have such a diverse group.

Bonham: Tell me about your faith background.

Meyers: I was baptized Episcopalian when I was maybe two years old and we went to an Episcopalian church. When we moved to Georgia, we started going to a Lutheran church and I fell in love with the church there—Lutheran Church of the Good Shepherd in Douglasville, Georgia. I really have a home there. I have been to non-denominational churches like National Community Church in Washington D.C., but I’ve also gone to Lake Placid Baptist and a slew of other churches. I got baptized with my fiancé (Nic Taylor) this last year at Saranac Lake Baptist Church (in New York), so maybe that makes us Baptist. But for me, it’s really been about my relationship with Christ and not so much about a denomination or a label.

Bonham: Would it just be safe to say that you’re a follower of Christ?

Bonham: How does that play into your athletic career and your personal relationships?

Meyers: The Lord calls us to love everybody. Every day it’s a challenge. Within this sport, I’m called to love everybody. That means that every single German or Canadian that I want to beat, I still have to love. That means competing the way God wants me to compete. That means doing things that might not necessarily be seen as giving me a competitive advantage but instead doing what God would want me to do. As Christians, we’re asked to give. In my sport, if someone needs equipment or help with something, regardless of who they are as a competitor, I’m called to help them for a higher purpose. So it definitely affects everything I do. It’s not easy. It’s very hard to love everyone. But I know that God is working through me within this sport. I know He’s put me here for a purpose and it’s not just to win medals. Winning is great and hopefully it gives me a platform to spread His love and spread His Word, but at the end of the day, I’m called to do what He wants me to do.

Bonham: What do you believe should be the correlation between the Christian athlete and excellence? 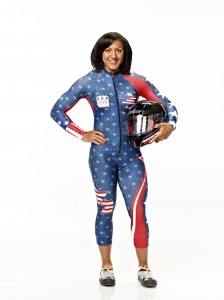 Meyers: I’m a representative of something that’s greater than myself. When you see me out there on the track, I’m not just representing myself or my country, I’m representing Christ and what He’s done through me. I have a responsibility to show His love and show others what He’s done for me. It’s also freed me up. We’re talking about the Olympics. We’re talking about trying to win the gold medal. All of these things can be overwhelming. But regardless of whether I win a gold medal or never compete again, I just have to trust that God has a plan for my life and I’m called to be His representative through the sport and outside of the sport.

Bonham: How helpful is it to have others on the bobsled team that share your faith in Christ?

Meyers: It’s very helpful. In Lake Placid we have Bible studies and it’s awesome to be able to share your struggles as an athlete and as a Christian with others Christian athletes. That’s one of the coolest things about sports ministry. We can share these common experiences with other Christians. Having Lolo as a teammate, for example, has been great. I went through a tough week during the season and she sent me some scriptures and it really helped remind why I was here. I’ve got some other great teammates like Dallas Robinson and Johnny Quinn on the men’s side who have been tremendous at showing Christ’s love. It’s not just the US teams, but there are also many believers from the international community including several from the Canadian team. We hope to grow Christianity throughout our sport.

Bonham: What does it mean to be called an Olympian?

Meyers: It’s one of the greatest honors I could ever imagine—to be able to represent my country and to be able to wear “USA” on my back. It’s an incredible honor. It’s an accomplishment of the past four year but of a life of dreaming and working hard and doing everything I can in pursuit of this goal. It’s a huge testament to those around me—my friends, my family and everyone who supported me. Without their help, I couldn’t have made it here. It’s been an amazing journey. But we are here for a higher purpose There’s a reason that God has for each of us in the sport. It’s all about serving His purpose.

Follow Elana Meyers and the US Bobsleigh Team by visiting the official NBC coverage site HERE.