Back in 2006, I interviewed Orlando Magic center Dwight Howard by phone. He was on the team plane at the time waiting to head on a road trip. The interview was for a New Man magazine cover story. Roughly a year later, I asked permission to use the interview for a chapter in an FCA book I was writing called Integrity. However, it was revealed a few weeks after I finished the chapter that Howard had fathered a child out of wedlock. Obviously, he didn’t end up in the book. Not that FCA was passing judgement on Howard, but in a chapter specifically about resisting temptation, it was clear that some time needed to go by before he should have his platform as a Christian athlete fully restored.

I always hate it when things like that happen for two reasons: 1) It’s an awkward time for the athlete who must deal with scrutiny from both sides (Christians who are disappointed in the public failure and non-Christians who wield and “I told you so” attitude), and 2) It’s difficult to yank an athlete from a project or pull them off a public stage as you don’t want to come off judgmental and legalistic.

Something similar happened with Andy Pettitte in the same book no less based on his admission that he had taken HGH. Pettitte, however, would later agree to be a part of another title in the series called Teamwork.

So what’s my point? Well, I recently uncovered a rarely viewed YouTube video of Howard being baptized by his pastors from Summit Church in Orlando. The baptism actually took place on a Sunday afternoon at New Smyrna Beach last October. It’s not great quality, but if you watch closely, you can see the two men (easily dwarfed by Howard’s 7-foot frame) struggle to lift him back up from the ocean’s waves. I’m pretty sure Howard helped them out. Here’s the video for you to check out:

Oh wait. I forgot the point again. Here it is: Howard hasn’t said much publicly about his faith since the revelation of his moral failure (and by the way, as a pro-life advocate, I’m ecstatic that he and the mother made the awesome choice to bring their son into the world). But this video is refreshing to see because it shows that Howard has been privately taking steps to regain his spiritual footing. He hasn’t been making a big deal out of it and he certainly hasn’t been as vocal as he was during his first three seasons in the league.

If you go back to the very first post of this series, you’ll find some things I wrote about Christian athletes and unrealistic (and quite honestly unhealthy) expectations. That was certainly the case with Howard who was set to claim the fictional role of “Christian ambassador to the NBA” that Los Angeles Lakers iron man A.C. Green left void upon his retirement in 2001.

Just like the rest of us, these athletes make mistakes on a daily basis. They just do so on a much larger stage and under a much more intense microscope.

I hope that this inspirational video serves as an encouragement for all of us to abstain from judgement in the times our heroes publicly fail (Matthew 7:1), pray for them as our brothers and sisters in Christ (James 5:16), and rejoice when we see them make strides in their spiritual walks (1 Corinthians 1:4) so that their platforms might be used to give God glory (Colossians 3:17). 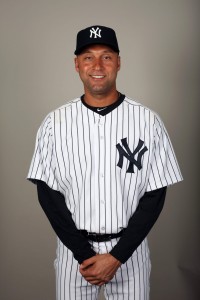