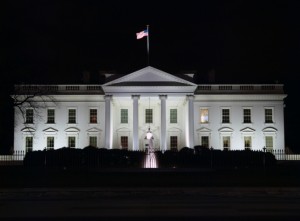 When word broke over the holidays that EPA Administrator Lisa Jackson was stepping down, it initially seemed like it was one of those stories where a Cabinet member was stepping down after four years on the job – clearing the way for another appointment for President Obama’s second term.

Sure, there was controversy during her tenure. She mixed it up with the energy industry along with Congressional Republicans and faced criticism for regulating coal and other energy sources. And, of course, there was the Canada-to-Texas Keystone pipeline, which she vehemently opposed.

But none of that is really in the spotlight now.

Instead, the focus is on the EPA Administrator’s communications – her use of email – and reports that she used an alias email – raising significant questions about transparency and violations of federal regulations. The reports triggered a lawsuit which is seeking the release of thousands of EPA emails. And the EPA Inspector General is conducting an audit.

As I told Megyn Kelly on FOX News today, the investigation will turn up the facts, but hiding behind an alias email is just wrong.

What’s going on at the EPA? There are reports that the EPA’s reported use of secret email accounts dates back to the Clinton Administration and then-Administrator Carol Browner.

As you might expect, there’s growing concern in Congress. Sen. David Vitter (R-LA) is the incoming top Republican on the Senate Environment and Public Works Committee. His biggest concern: that this is not an isolated incident. “I think this email issue clearly spurred Lisa Jackson’s resignation,” Sen. Vitter said in a statement. “But it’s much broader than her. It’s about a culture of hiding an extreme agenda from Americans because it can’t be sustained in public debate. I’ll fight aggressively to end these practices, which I fear are very widespread.”

Jay Sekulow: No US Warplanes for Muslim Brotherhood
archives most recent
More from Beliefnet and our partners
previous posts