A Beautiful Poem About Death

November is a month of death anniversaries for me. One of the death anniversaries is that of my mother. She was dying of bone cancer, and taken to hospital with a high fever. After a week of blood transfusion and treatments, she had a seizure. Mom lapsed into a coma, her brain function not even registering. After talking with the doctor, mom was taken off life support.

It’s also a month when Remembrance Day makes us pause and reflect on the sacrifice of fallen soldiers. My friend’s youngest son was killed in the Afghan war. His unit was driving down a highway when they hit a roadside bomb. He died instantly. In civilian life he had been a teacher, and he was only a few weeks away from returning to that life when he died.

I was given the following poem by a priest who ministered last rights to my mom. It gave me comfort then, and still does to this day. I’m sharing it with you. May it bring you peace.

I Am Standing Upon The Seashore

I am standing upon the seashore.
A ship at my side spreads her white
sails to the morning breeze and starts for the blue ocean.
She is an object of beauty and strength.
I stand and watch her until at length
she hangs like a speck of white cloud
just where the sea and sky come
to mingle with each other.Then, someone at my side says;
“There, she is gone!””Gone where?”
Gone from my sight. That is all.
She is just as large in mast and hull
and spar as she was when she left my side
and she is just as able to bear her
load of living freight to her destined port.
Her diminished size is in me, not in her.And just at the moment when someone
at my side says, “There, she is gone!”
There are other eyes watching her coming,
and other voices ready to take up the glad shout;
“Here she comes!”
And that is dying.by Henry Van Dyke 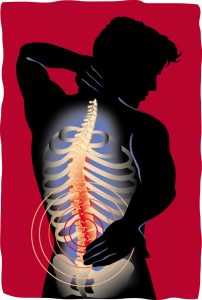