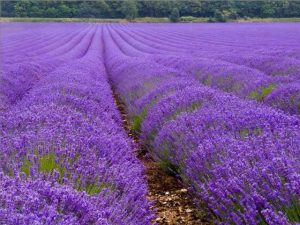 There are many herbs, flowers, essential oils, and foods to deal with depression. Over the past few years, I’ve written several articles on these different alternative therapies. So here’s a quick recap of some of these natural remedies.

Arctic root boosts your overall physical activity and mental vitality. Arctic root increases the feel good hormones in your brain. This makes you resilient to physical and emotional stress. Some claim arctic root works faster and better than antidepressants.

Gingko bilboa improves memory, but is even better at treating depression. Ginkgo increases the flow of dopamine and serotonin to the brain. It also increases blood flow to the brain. This helps a depressed person be able to concentrate on things a bit better.

Whole grains reduce mood swings, depression, and anxiety. They contain high levels of tryptophan, an amino acid necessary in the making of serotonin and melatonin. Serotonin lifts mood. Melatonin helps with the sleep cycle. Getting a good night sleep is one of the things lacking in depression and anxiety.

Quinoa is a super charged package of good things for depression and anxiety. Quinoa is loaded with protein, magnesium, B vitamins, zinc, iron, phosphorus. It boosts serotonin and fights depression, fatigue and anemia. Quinoa is gluten-free, making it a food anyone could eat.

Mustard is good for severe depression, and melancholy. You can eat mustard in any form – seed or spread – and the benefits are the same.

Botanically speaking, lavender is a flowering shrub and a herb. Lavender is used in cooking, oil, and aromatherapy. Lavender is one of those flowers that you can eat and use on your skin. Lavender is used for healing because it has no real side effects. It’s safe to use for humans and animals. Lavender is non-addictive, even though it acts much like benzodiazepines, which are addictive.

Ashwagandha, or Indian Ginseng, is known for its ability to reduce the cortisol levels which go up during stress and anxiety. The herb prevents stress related gastric ulcers, and weight gain of the adrenal glands from chronic stress. Ashwagandha relieves insomnia that comes with depression. Ashwagandha also lower blood sugar levels, body fat, and blood pressure. Ashwaganda can decrease the effectiveness of some sedative medications like Xanax, Dalmane, Ativan, and Valium.

Chamomile acts as a mild sedative. It has an antioxidant called apigenin, which binds to receptors in your brain to start the sleep cycle. Chamomile increases glucose levels, helping to relax the nerves and muscles of your body. In this sense, chamomile acts like a benzodiazepine. Benzodiazepines are drugs that reduce anxiety and help you fall asleep.

Ginkgo is a Chinese herb that treats headaches and migraines, two common symptoms of depression. Ginkgo reduces stress and anxiety by lowering cortisol levels. Research shows that people who use ginkgo experience reduced anxiety compared to people who use placebos.

Tumeric reduces symptoms of major depressive disorder (MDD). Turmeric acts like an antidepressant, and its curcumin has been found to increase nerve growth in the brain’s frontal cortex and the hippocampus. These areas are important in mood because when they aren’t functioning at full potential, severe depression occurs.

Research shows that saffron is as effective for depression as Prozac. The exact reason for this isn’t known yet, but saffron is a promising alternative to the harsh chemical. Saffron also helps reduce stress, anxiety, OCD, and PMS. High doses of saffron should be avoided by pregnant women.