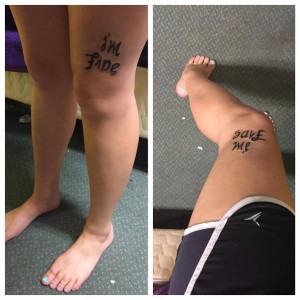 It’s important for suicide attempt survivors to tell their stories. To be the witnesses of what utter despair feels like, what despair makes you do, and how to go past that awful moment when you want to end your life.

In 2014, I wrote about Erin Farkas’ self-harm and suicide attempt. Like Erin, I’ve self harmed and attempted suicide. It was a darker time. I didn’t see any hope, lost faith in God, and wanted to die.

Erin was bullied throughout her school years. At first, Erin was teased about wearing glasses and braces. When puberty hit, the bullying became worse because Erin was physically more developed than her classmates. Erin developed anxiety and depression. As Erin puts it, “Some vicious kids thought they could say or do whatever they wanted to people and get away with it.”

“Kids can have it in their minds that they can say or do whatever they want to people and get away with it. Bullying isn’t bullying for some kids. It’s hazing which is okay. It’s your fault if you can’t handle it.”

Things got so bad for Erin, she started cutting herself. She hid how she felt. No one noticed her downward spiral, except for her mother who suspected something was bothering Erin. One day her mother walked in on Erin cutting herself. Erin is grateful for that moment, because it marked the start of her getting help.

It’s estimated that for every completed suicide there are 20 attempted suicides. But this is just a guess, because there are so many unreported suicide attempts every day.

Visit me on Twitter. Toss me a comment or two below. I’d love to hear from you. 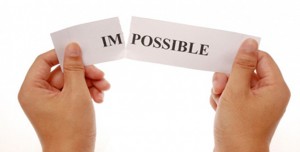 How Negative Energy Affects You

We are surrounded by energy. Your body absorbs or repels different types of energy daily. Negative energy affects you in a negative way. It disrupts your chakra alignment, causes physical problems, and shows up as problems in your relationships. How does negative energy affect you? 1. Body aches and pains. These pains and aches aren’t […]