A new law in the United States that prohibits the sale of tobacco products to anyone under the age of 21 is now in effect.

President Donald Trump signed the new minimum age into law as part of a sweeping spending bill. The federal agency also released its updated rules around the sale of tobacco and vaping products — expressly prohibiting their sale to anyone under the age of 21 — the same day.

“On December 20, 2019, the President signed legislation to amend the Federal Food, Drug, and Cosmetic Act, and raise the federal minimum age of sale of tobacco products from 18 to 21 years,” a statement on the FDA’s website says. “It is now illegal for a retailer to sell any tobacco product — including cigarettes, cigars and e-cigarettes — to anyone under 21.”

Trump publicly supported raising the vaping age to 21 in November, and 19 states plus the District of Columbia had already passed “Tobacco 21” laws, starting with Hawaii in 2015.

The change comes after a months-long, bipartisan process led by Senate Majority Leader Mitch McConnell (R-KY) and Sen. Tim Kaine (D-VA), who worked together to change the age requirement. Dominant e-cigarette maker Juul has backed these new restrictions at both state and federal levels.

By raising the age to buy cigarettes and vaping products, lawmakers are attempting to avert another public health crisis. 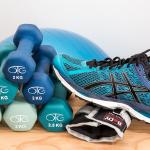