One in five men would give up sex for a full year to get the perfect beard, according to new research.

A new survey of 2,000 Americans, commissioned by Honest Amish, examined facial hair, confidence and the relationship between the two. It found that 75 percent of male respondents say they feel much more confident with some facial hair.

They also asked male respondents to rate their “facial hair happiness” using a 1-10 scale, with 10 being the most happy. Overall, the average male respondent ranked their personal beard satisfaction at a respectable six. Still, it’s clear from the research that many men would like to improve their facial hair.

Half of men surveyed with facial hair are bothered by certain parts growing faster than others as well as their facial hair taking too long to grow out in general (44 percent). Other gripes included patchiness (42 percent) and uneven coloring (31 percent).

Other than giving us sex, another four in 10 male respondents say they would spend a night in prison for better facial hair or give up coffee for a full year. Also, 38 percent would stand in line at the DMV all day for the perfect beard, and 18 percent would shave their head.

Support for facial hair is booming too — as three-quarters of the men and women studied said it has become more socially acceptable to rock a full beard. That support isn’t without concern, however, as six in 10 women worry that men may not be properly caring for their facial hair.

“Proper beard habits are as easy as any other grooming habits. It’s just as important to maintain a clean beard, as it is to wash your hair or moisturize,” explains an Honest Amish representative in a statement. “When looked after properly though, half of women surveyed even said they would be more likely to accept a date from a bearded stranger than if he were clean shaven.”

For women, the preferred facial hair style was, surprisingly, a clean shaven look (47 percent). After that, a full, short beard came in at number two (35 percent), followed by light stubble (31 percent), medium stubble (29 percent), one to two days of facial hair growth (27 percent), and a full, long beard (23 percent). 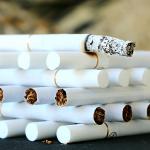 U.S. Increases Age to Purchase Tobacco from 18 to 21
archives most recent
More from Beliefnet and our partners
previous posts