Study Suggests Fasting Diets Can Add Years to Your Life

The fasting diet fad exploded on the scene as a new hip way to lose weight, however it may actually have some sustainable health benefits.

Professor Mark Mattson, a neuroscientist at John Hopkins University, has been studying the effects of the diet over the last two decades and even practices it himself. His research recently was published in the New England Journal of Medicine.

The study shows that fasting diets may help the body improve metabolism, which explains the popularity of the diet for losing weight. There are several types of intermittent fasting diets, but most involve either limiting food intake to just an 8-hour window or not eating for two days a week.

In the paper, Mattson writes that fasting can provide “increased stress resistance, increased longevity and a decreased incidence of diseases, including cancer and obesity.”

Studies show that aside from helping with metabolism, fasting has also been linked with decreased blood pressure, cholesterol and resting heart rates. It may also help control blood sugar levels, increase resistance to stress and suppress inflammation.

It’s possible that fasting works because it triggers trigger “metabolic switching” and evolutionary adaption. Previous studies have found that an ancient human adaptation for food scarcity is affected, and cells begin converting fat into energy. This is a change that is not triggered by the average American diet of three meals a day plus snacks

“We are at a transition point where we could soon consider adding information about intermittent fasting to medical school curricula alongside standard advice about healthy diets and exercise,” Mattson said.

Though with any diet, there are some downsides as well especially as your body gets use to the new routine.

“Patients should be advised that feeling hungry and irritable is common initially and usually passes after two weeks to a month as the body and brain become accustomed to the new habit,” Mattson explained. 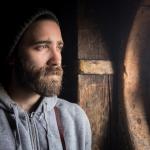 Love Your Beard? 75% of Men Say They Feel More Confident With Facial Hair
archives most recent
More from Beliefnet and our partners
previous posts