New Study: More Americans Went To the Library Than To the Movies Last Year

A recent poll by Gallup found that in 2019, Americans spent more time visiting libraries in their downtime compared to the time spent going to sporting events, concerts, even casinos. Library visits also took the lead against other common leisure activities such as going to the movies or amusement parks, with an average of 10.5 trips.

The poll breaks down the reports of leisure activities by gender, age, and income group. Men and women were reported to do most of the same activities except for a few differences. Women visited libraries nearly twice as often as men, with an average of 13.4 visits for women and 7.5 for men. Men were more likely to visit historical/nature parks, casinos, and live sporting events then women were.

Americans between the age of 18 and 29 were reported to have made more library visits than any other age group. This could have a lot to do with college age students falling within the age group who would typically use libraries for their studies.

The results within the income group report noted that depending on how much money a person made, determined how frequent their library visits were. Americans with an average income of $100,000 or more attended live sporting events with an average of 7.5 trips, compared to people with incomes less than $40,000 who only made about 3.6 trips. Americans with a lower income were more likely to visit libraries than Americans with a higher income. This is primarily due to the free resources made available at local libraries such as WI-FI, computers, printers, and other media services that may not be available within the household.

As work life continues to consume a majority of people’s time during the week, the time spent on work related activities on the weekend has dropped significantly. According to the American Time Use Survey (ATUS), this has increased the amount of leisure time available for Americans, and they are taking a more frugal approach with how they spend it. Gallup states in their poll that “Activities that typically cost money are visited or attended less frequently,” which makes even more sense for the recent trend in libraries; they’re free!

The total U.S consumer debt is currently at $13.86 trillion, which includes mortgages, credit cards, auto loans, and student loans. As Americans start to become more financially literate, they are a lot more mindful as to what they are spending their money on. With the national average cost of a movie ticket being around $9.16 and the average concert ticket price quadrupling from $25.81 in 1996 to $91.86, libraries far outdid both of these common activities last year. Local libraries are providing a relaxing and free space to engage in an array of activities, making it a favorable budget friendly outing.

Regardless of the continued advances the world makes with digital media, libraries have been able to keep up with many advancements of their own, keeping these book hubs at the forefront of modern society. 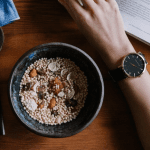