Pope Francis: Overeating is an “Avenue of Personal Destruction”

In a letter Wednesday to Qu Dongyu, Director-General of the United Nations Food and Agriculture Organization (FAO), the pope said that food “is ceasing to be a means of subsistence and turning into an avenue of personal destruction.” It has left almost 700 million people overweight, and they have become “victims of improper dietary habits”.

He called for “the cultivation of lifestyles inspired by gratitude for the gifts we have received and the adoption of a spirit of temperance (and) moderation.”

“By adopting such a lifestyle, we will grow in a fraternal solidarity that seeks the common good and avoids the individualism and egocentrism that serve only to generate hunger and social inequality,” he wrote.

“It is a cruel, unjust and paradoxical reality that, today, there is food for everyone and yet not everyone has access to it, and that in some areas of the world food is wasted, discarded and consumed in excess.”

The Pope pointed out that we need to realize we are wasting what could be food for the poor. It is no longer simply “a byproduct of the diet enjoyed by peoples blessed with abundance.”

Furthermore, he said that this type of indulgence was found in poorer countries too, not just developed ones. While they may eat little, they are increasingly eating poorly, since they are inheriting the diet models from wealthier countries.

He continued to point out the negative health effects, saying “due to poor nutrition, pathologies arise not only from the imbalance caused by ‘excess’, often resulting in diabetes, cardiovascular diseases and other forms of degenerative diseases, but also by ‘deficiency,’ as documented by an increasing number of deaths from anorexia and bulimia.”

In his action plan, the pope said we must first focus on each human person. Adding, “when priority is given to the human person, humanitarian aid operations and development programs will surely have a greater impact and will yield the expected results.”

World Food Day is sponsored by the F.A.O. to draw attention to the plight of so many hungry people and to highlight the need for greater action against hunger. Each year F.A.O. chooses a theme to celebrate this day. For this year it is: “Our actions are our future. Healthy diets for a #ZeroHunger world.” 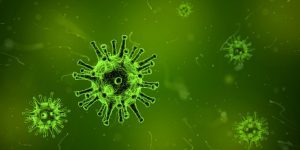