Google dominates the internet between its massive search engine and ownership of YouTube. It is the go-to source of information for most Americans and is so commonly used that “googling” has become a recognized verb. Recently, Americans have added a new trend to their googling. They still use google to hunt for information on a wide variety of topics, find job postings and pull up funny images of cats, but Americans are increasingly turning toward Google for information about health issues.

In 2017, Americans used Google to learn about how long flu shots were effective against the viral strains used in the vaccine, the causes of hiccups, ways to stop storing and for basic information on lupus. Google searches in 2016 were dominated by inquiries related to the outbreak of the Zika virus, questions about traumatic brain injuries and cupping. As for 2018, searches for information on health were dominated by questions about the keto diet, how long marijuana is detectable by urine drug tests and, as always, the flu.

Search queries about the ketogenic or keto diet were all over Google in 2018. The diet has exploded in popularity as it claims to put the body into ketosis, the stage where the human body runs on stored fat rather than carbohydrates and ingested nutrients. Theoretically, the keto diet should allow a person to rapidly burn their stored fat and slim down in a short amount of time. The reality, however, is that the diet is extremely difficult to follow, not sustainable and can be downright dangerous. The keto diet has been used in the past to alter the brain chemistry of epileptics who were not responding to traditional medicine. This is on top of the fact that ketosis is hard on the human body. It is not a weight-loss shortcut as much as an extreme response to what the body perceives as complete starvation.

While extreme methods of weight loss and dodging drug tests while using marijuana were unnervingly popular searches in 2018, Americans also used Dr. Google to educate themselves about a pair of lesser known diseases. Questions about amyotrophic lateral sclerosis (ALS) and endometriosis were common on Google in 2018. ALS is a neurodegenerative disorder that made headlines following the death of its most famous sufferer, Stephen Hawking. Endometriosis, on the other hand, is a disease that only affects women. The condition causes tissue that normally lines the uterus to grow outside the uterus leading to pain, complications and infertility.

Some of the other most common health queries in 2018 were questions about identifying heartburn, the causes of high blood pressure, and unsurprisingly for chronically sleep-deprived America, “why am I always tired?” One can only wonder what will be 2019’s most popular searches. 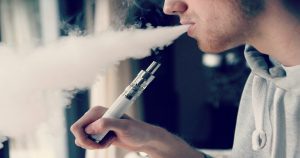