The good news is that teens are doing less binge drinking. The bad news is that teen vaping has shot through the roof. A recent survey from Monitoring the Future found that the number of teens who reported vaping has nearly doubled in the last year. That is the largest single increase that Monitoring the Future has ever seen. At the time of the survey, more than one third of high school seniors reported vaping and nearly 21 percent of students stated that they had vaped in the last 30 days.

“Anything that can be vaped, it doesn’t matter, it goes up,” said Richard Meich, the principal investigator of the survey. “Nicotine vaping went up, marijuana vaping went up, we asked kids if they vapored flavors and that went up, too. Something about this delivery device really appeals to kids.”

Indeed, there have been campaigns put out to educate parents on how easy it is for teens to hide a habit of vaping. Juuls, for instance, look a great deal like flash drives. This makes them small and easy to conceal. When they are found, they are easy to explain away.

Manufacturers of e-cigarettes have made it a point to market themselves as being a healthy alternative to smoking and have been creating flavors that appeal to younger audiences. The actual products, however, are overwhelmingly addictive. A single JuulPod cartridge contains as much nicotine as an entire pack of ordinary cigarettes. In fact, Juul’s own spokesperson, Victoria Davis, went on the record stating that Juuls were not meant for “non-nicotine users” due to the fact that Juul deliberately manufactured its product to deliver a hard nicotine hit that was easier to inhale.

Despite the dangers, teens seem to have bought into the idea that vaping is safe. So, they continue to take up the addictive habit in greater and greater numbers. Vaping has become the new gateway drug. Where that gateway leads is unknown, but addiction in young people never leads to anything good. This is unlikely to be any different in that regard. 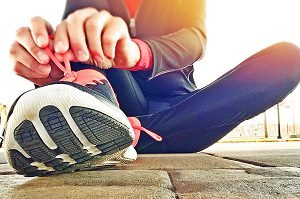