Catholics never really notice how touchy feely they are during Mass until the Archdiocese asks that parishioners keep their hands to themselves on Sunday to avoid spreading the flu. In Santa Fe, the Archdiocese asked that Catholics avoid holding hands during prayer and simply smiling or nodding during the sign of peace instead of shaking hands or hugging as is normal. Those who are truly ill are advised to avoid church entirely and instead watch a televised Sunday Mass from within their own home.

“It is not a sin to miss Mass on Sundays if you are ill,” the archdiocese said in a statement. “These directives will be revoked when the situation improves.”

In an even more unexpected turn, Catholic churches in both New Mexico and Pennsylvania are withholding wine during Communion altogether. Instead, only the consecrated bread will be administered during Holy Communion. The Diocese of Allentown in Pennsylvania went even further and suspended offering the sign of peace entirely in order to avoid people shaking hands and hugging out of habit.

“This suspension will begin with the Vigil and Sunday Masses the weekend of January 12-13, and will be in effect until the incidence of influenza subsides in our region,” a statement from the diocese said.

So far, influenza in 2019 has already been a serious problem. Pennsylvania has already experience 9,268 laboratory confirmed influenza cases and 10 adult deaths. Across the nation, over 7 million Americans have been affected by the flu this season. This strain has been so widespread and problematic that it has actually been called an epidemic.

Regardless of whether where you attend church and how much touching you normally do during worship, please stay home if you are ill. Neither your pastor, your friends nor God are going to be angry with you if you skip Sunday service because you have the flu. Frankly, everyone would probably prefer that you stay home. Otherwise, you might show up the next Sunday to an empty church because everyone else caught your illness. Sadly, viruses and bacteria do still spread in churches. If they did not, most of America would spend flu season refusing to leave their pews. 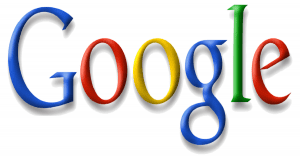