“Many false prophets will appear and deceive many people.” (Matthew 24:11)

Recently I ran across a blog from a mega-pastor who was refuting the teachings of another mega-pastor. Mega-Pastor B had some decent things to say about grace, mercy, acceptance, and Christ’s love that millions of Christians have not yet grasped, but quite unfortunately wove the weft of good truth with the warp of prosperity doctrine.

Mega-Pastor A’s dire prediction is that many well-meaning Christians will head to hell because they have the wrong doctrine, and they need to be protected from this.

While it’s true that many well-meaning Christians fuddle and muddle through life trying to worship an off-putting, easily offended and decidedly unlikable God, they don’t need the counsel of yet another wolf to find, and walk, the path leading to the loving Father that Jesus constantly talked about.

Like Dorothy with her ruby red slippers, we as Christians have the means to protect ourselves from false teachers, and while nothing in life is simple, we can start by keeping a few simple precepts in mind:

1) Stop believing everything we’re told. Just because someone says he’s a Christian, a prophet, a teacher, an apostle, or a financial consultant who will turn our $1,000 initial investment into $100,000, does not mean that we must accept his word. Acts 17:11 records the Bereans, who checked and cross checked everything the Apostle Paul preached for accuracy. (It’s worth noting that the Apostle Paul, like Peter, and John, and Jeremiah, and Ezekiel, and Isaiah — and . . .  Jesus — did not make a financial killing off of his ministry.)

2) Use our common sense. Regardless of how many billions and billions of hamburgers have been sold throughout the world, this does not translate into a well fed planet. In the same way, millions and millions converted through mass proselytizing events does not equate to a world full of mature, committed Christians. Away from the hype, the music, the thrill of the mob and the pulsating tones of the speaker — just what, exactly, is the preacher preaching? Spiritually, it may have all the nutrients of fast food.

There Are No Christian Dynasties

3) Ancient Israel no longer exists. We are not Hebrews, there is no physical temple, and we do not operate under a Levitical priesthood responsible for our personal and corporate spirituality. 1 Peter 2:9 tells us that all Christians are a chosen people, a royal priesthood and holy nation, a people belonging to God, and this means every single member of the Body. There is no modern priesthood of generational Christian families who command the attention, loyalty, obedience, acceptance, and — most importantly — financial resources of the rest of us.

Bow Down to No Man

4) Okay, we’re ordinary and have no degree in theology, but neither do some of the celebrity Christians upon whom others depend for spiritual guidance. James Dobson, listed once by Time Magazine as “the nation’s most influential evangelical leader,” is not an ordained minister, and yet his teachings permeate the church. But don’t genuflect before that blessed “Reverend,” title, either; there’s a wealth of difference between the teachings of the apostle Peter and the teachings of the high priest Caiaphas — and our job as Bereans, and a chosen people, is to not be fooled into thinking that the honors and degrees man confers automatically translate into knowledge and truth.

5) Money talks, and we should listen to what it says about people who worship it. God’s blessings are one thing; God providing a personal jet for a teacher, prophet, apostle, or leader to jaunt about on is another. When a leader announces that he needs to maintain a certain lifestyle because he preaches to the wealthy, the politically powerful, and the captains of industry, then we have to ask, “Then who preaches to the poor, the downtrodden, and the weak — the ones that Jesus focused on?” Trickle-down Spirituality is as valid as Trickle-down Economics.

In C.S. Lewis’s book, The Last Battle, the animals and people of the land called Narnia were fooled into thinking that their loving creator, Aslan the Lion, was an ass dressed up in a lion’s skin. The ass, who was manipulated by the cleverness and shiftiness of others, apologized for his part of the trickery by saying, “I shouldn’t have listened to what I was told because I knew it was wrong. But I’m not a clever donkey.”

“Maybe you should have spent less time saying you weren’t clever and more time trying to be as clever as you could,” another character aptly observed.

No, most of us probably aren’t Bible scholars. We didn’t go to seminary. We don’t feel confident, and millions of people aren’t Liking our posts and re-Tweeting our aphorisms.

But we’re not stupid, and if we spent less time apologizing for our defects and more time talking to God, relying upon His goodness, reading His words for ourselves, and tuning out those noisy voices telling us what He’s saying — then maybe there wouldn’t be so many false teachers.

Thank you for joining me at Commonsense Christianity, where I encourage you to ask questions, and read the Bible for yourself. 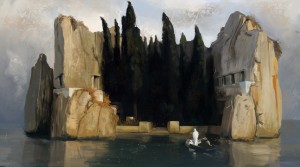