We live in a time when evil men prevail. Perhaps it has always been this way, but more discreetly. Those who are awake look around and see political leaders who do not lead with their citizenry in mind; corporate executives (some of whom run “Christian” organizations) who command salaries that exceed the resources of small nations; misinformation and disinformation that is regularly passed off as truth.

And while there are many, many people who call themselves Christians, one has to wonder just what a Christian is, when so many associate a close, and trusting relationship with our Father with following man-made rules (“The law is the law and it must be obeyed!”), stockpiling wealth (“It’s a sign of God’s blessing that our nation is rich!”), and rejection (“God’s going to send you to HELL unless you fall down before Him and tell Him that you love Him!”). A number evangelists have made, and continue to make, a lucrative career with this latter message.

Just what kind of Christians are those who come to God out of fear, and how they can possibly grow close to a deity who only accepts them because they responded to an altar call, repeated a few words, and signed a pledge card?

For lack of better term, I call this Spiritually Dead Christianity, because it has everything to do with form and function, and little to do with the relationship that is so talked about. Many a person “comes to Christ” with the promise of love never ending, only to discover that the ultimate destination is a church building every Sunday morning, and some small group Wednesday nights.

Their prayers aren’t answered, they’re told, because they “don’t have enough faith.”

There’s never enough money — not because wages are stagnant, taxes are high, and there are more people looking for work than there are decent-paying jobs — but because they don’t have “the word of faith.” They declare wrong. They claim weakly. Under this system, the billionaire financiers of our world are the righteous ones.

A country is “doomed” — not because of the action of the its leaders — but because the people, who are somehow responsible for those actions, “don’t serve God.” We are compositely judged as opposed to individually loved.

Such is Spiritually Dead Christianity, Christianity that isn’t a relationship with the Creator of the Universe, but rather a shallow substitute that incorporates ostensibly bowing our heads for grace at restaurants as “witness” to those around us, voting Republican, and never, ever calling out what we see as wrong behavior because, as there is ALWAYS someone to remind us,

“We are ALL sinners! You can’t point to that person — who made his billions by defrauding others — and judge. You YOURSELF are JUDGED by God, and you deserve to burn eternally!”

But we must be lenient with the person who makes his billions by defrauding others. And be silent.

Turning Our Backs on Lies

Some people, not many — and you probably know who you are — turn their back on this form of “spirituality.” Tired of being told, repeatedly, that they are failures in God’s sight, they abandon this false God. Some head off to another religion, something that promises — as did Spiritually Dead Christianity — acceptance, or peace, or a sure-fire way of getting their prayers answered.

But others are like the apostle Peter, who, after many of Jesus’s disciples walked away because of Christ’s challenging teaching, spoke in John 6:68:

“My Lord, to whom shall we go? You have the words of eternal life.”

These people, in being awakened to the falseness of man-induced doctrine they have been taught, disassociate that doctrine from truth, and look for the real God — the one they thought they were being told about when they first joined the group. In launching out on a narrow, difficult path, they join a very, very small minority of people. It is so small that the members of this body frequently wonder if there is something wrong with them, because the truths they are discovering — beautiful, exciting, liberating, exhilarating truths — are discounted as foolishness, disobedience to authority, or misguided precepts.

They wonder, as Job did, why are they given light when they are surrounded by darkness, and what do they — who have no power, influence, money, or voice — do with this light?

I don’t know. But what I do know is that we don’t head back out to the darkness.

Thank you for joining me at Commonsense Christianity, where I constantly encourage individual Christians to BE just that — individuals who do not shape their beliefs and lives by the dictates of any group, no matter how holy it sounds. 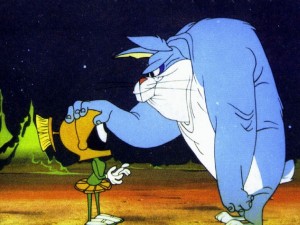 Must We Pray for Our "Leaders"?
archives most recent
More from Beliefnet and our partners
previous posts