“For the time is coming when people will not put up with sound doctrine . . . and will turn away from listening to the truth and wander away to myths.” 2 Timothy 4:3-4

This week’s assault on Facebook is 2 Timothy 4:3-4, with assorted memes and photos (one is a shot of the verse, in situ, on a well-marked Bible page) proclaiming — as if it were breaking news today– a warning the apostle Paul issued 2,000 years ago.

The comments are more interesting than the verse, not so much the innocuous “Trues,”  and “Amens,” but the, “Yes, it’s going on NOW. Just watch the news!”

But the issue is, Paul isn’t talking about false teaching and doctrine in the world of men — he’s talking about it smack in the middle of the church.

As far as that goes, we in the Christian community have turned away from truth and wandered into myths for years. Here are three popular myths that many Christians, who anxiously re-post the Timothy verse, readily accept:

1)  “The Bible teaches us to obey authority.” Who wouldn’t believe this one, given that major evangelists, with political and corporate ties, keep repeating it? Romans 13:1-7, Titus 3:1, Hebrews 13:17, and 1 Peter 2:13-14 are the favorite birch whips, although some people manage to twist Ephesians 6:2 (“Honor your father and mother”) into a New Testament command to honor, follow, submit to, and pay obeisance to all authority.

Before genuflecting with our foreheads to the ground, it’s worth exploring the meaning of the word “authority.” Secondly, commonsense renders the interpretation that we avoid problems by not agitating the rulers that be. We submit, not because it is a joy to do so, but because we’re less likely to incur the attention and wrath of a system designed to subdue and subjugate the masses so that a few can prosper.

2) If you pray it, then God’s gotta do it. Well-known prosperity preachers are not the only ones who latch onto this concept — finding, speaking, declaring, announcing, and claiming promises lifted from Scripture as if no one prior to this, including God, realized that they were there.

And because it’s a promise, we tell God, “You promised. You’ve got to come through.” God, who didn’t foresee this loophole, is thereby forced to comply. We treat God and His kingdom as if it were the human-controlled legal system, in which rulings are made not because of ethics, honor, rightness, or justice, but because of a clever twisting of terms.

Those who find and use that clever twisting of terms — this is referred to as “faith” — get what they want. Those who don’t, well, their lives look like yours, or mine.

But commonsense again tells us that if it were truly possible for anyone to speak a promise into existence, then this world would be chaos. And if the caveat is placed, “Well, the person speaking the promise needs to be holy, virtuous, and right with God,” then one asks, “Does this describe the average prosperity or celebrity preacher?”

You Sin, You Hurt

3) If anything goes wrong in your life, it’s because you have sinned. The concept of suffering is too great and complex to be addressed in point 3 of a short blog post, but suffice it to say that bad things happening in our lives are not an automatic sign that God is mad at us and is punishing us into submission.

Applying yet again commonsense, is this how we effectively raise children? (Sadly, thanks to assorted evangelical “child psychology experts” who have inserted their voices into a church community eager to eat up anything they dish out, this is how many Christians parent: they punish. And because they are inflexible, shortsighted, and harsh, they figure that God is, too.)

The rain falls on the just and the unjust (Matthew 5:45), and indeed, much of what we suffer is not because God slapped our face, but because men, in the quest for unlimited power and money, hurt other men. Once we get done asking why this is happening to us (generally we stop asking because we can’t get a satisfactory answer), we turn to God, rely upon Him to walk us through it, and emerge a deeper, better, more compassionate person.

But we won’t do this if we’re constantly assuming that God is out to get us.

That’s just three myths. There are many, many more, and the place to look for them is not in politics, education, the entertainment world, mass media, corporate funded science, advertising, or modern business, because it’s a given that in these arenas, myths are created, fostered, fomented, and promulgated.

The place to seek them, identify them, call them out, and remove them is in the “community” where Paul said we would find them: those establishments that purport to teach Christianity.

Thank you for joining me at Commonsense Christianity where I encourage individual Christians to realize that they are not part of “the masses,” to be manipulated and controlled into mindless submission, but members of the body of Christ — and our head, ruler, leader and king is the Son of God.

When Christian Leaders Say, “Jump!” Do We Leap? 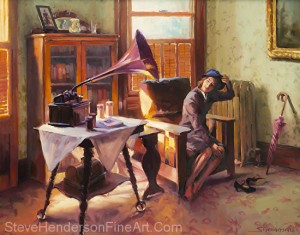 How Come God Never Speaks Directly to You?
archives most recent
More from Beliefnet and our partners
previous posts

“Many false prophets will appear and deceive many people.” (Matthew 24:11) Recently I ran across a blog from a mega-pastor who was refuting the teachings of another mega-pastor. Mega-Pastor B had some decent things to say about grace, mercy, acceptance, and Christ’s love that millions of Christians have not yet grasped, but quite unfortunately wove […]