Fat Cat Christians — Why Do We Keep Feeding Them?

“He catches the wise in their craftiness, and the schemes of the wily are swept away.” (Job 5:13)

Years ago, when my husband the Norwegian Artist attended a private, Christian school, one of the major benefactors of the institution dropped in for a visit.

“Dropping in” involved a limousine, with the first glimpse students had of the great man being his white, patent leather shoes. His wife, on the other side, was draped in furs and jewelry, and the duo exuded opulence, affluence, and the strong presumption of being admired, catered to, and fawned over. Which they were, at least by the chief officer of the school.

“How did this man make his money?” I asked my husband, 40 years later.

“He sent out letters to church people, asking for donations in exchange for his sending them a cheap, mass-produced item that he blessed,” the Norwegian replied. “People fell for it because he strongly implied that he had an ‘in’ with God, and if they didn’t follow through, God wouldn’t listen to them.”

Interestingly, this con-man is still around, still selling cheap, pre-blessed, mass-produced items, and while he’s never made it as big as his national and international colleagues (book deals with major “Christian” publishing houses really help, as does a TV presence), he’s still cashing donors’ checks.

We Are Fooled, by Cunning Fools

“How can people be so stupid?” it’s easy to mentally blurt, especially when we’re convinced that we, ourselves, are not that stupid.

But one must never underestimate the power of religious coercion, and while some people (rightfully) scoff at the performance of the man in the white patent leather shoes, they may stop twice in a -Mart  or -Co store where a Botoxed face beams from a book cover, promising healing, freedom from anxiety, business success, or just plain old money. Deep down, we all battle a sense of insecurity that things don’t go swimmingly for us because we’re fumbling and stumbling around God, while these people obviously have an “in.”

This is an easy attitude to fall into in a religious climate where we extol Prayer Warriors, those whose prayers are reportedly more effective than ours because they have learned the correct and accepted means of “praying through Scripture.”

“Dear God, I’m hurting and confused and afraid,” apparently does not cut it with our Father. Like any savvy businessmen, we tell ourselves, He only deals with princpals, the cunning ones, and while we know — or should know — that mammon and power are not priorities with God, we can’t get over feeling that they are rewards, however, and those people who have both in significant quantity are extra, extra blessed — like Job, or Solomon.

But Job had his setbacks, and Solomon, for all his wisdom, behaved foolishly (1 Kings 11:9 tells us that “The Lord became angry with Solomon because his heart had turned away from the Lord”). And while we think, “Big deal. Solomon still had his money and power,” 1 Kings 12:4, in which the assembly of Israel tells the king’s successor, “Your father put a heavy yoke on us,” strongly implies that Solomon’s popularity with the people was low.

It reminds me of the white collar, corporate bandits who manage their fraudulent investment schemes for only so long until their angry creditors catch up with them.

God is a disturbing angry creditor to have, and as Job 5:13 promises, He is not blind to the ways of greedy, smarmy men (and women).

But we don’t have to wait around, sitting on our hands, until God acts, because one of the ways He can act is through us.

We can identify these people, in all their varied shapes, and stop feeding them.

Thank you for joining me at Commonsense Christianity, where I pray that people will wake up, be wise, and use the money they have been given to bless the poor, the hurting, the hungry, and the truly needy. If they’d take a little time to research, and be more alert to the human beings living in their proximity, they’d realize that this money does not have to funnel through a major name, or organization, first.

Why Do Some Christians Make So Much MONEY? 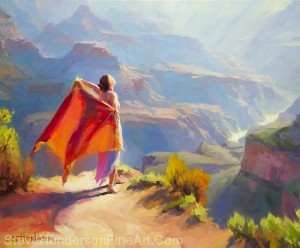 What Does "Real" Church Look Like?
archives most recent
More from Beliefnet and our partners
previous posts