Is Singing in Church the Only Way to Worship?

If you’re a Christian, and you’ve attended church, then you probably recognize the term: “Worship Service.”

This is the time, just after the announcements and immediately before the sermon, when the congregation corporately sings — from the hymnal or off the PowerPoint words on a giant white screen. Generally, we’re helped along in the process by the “Worship Team.”

Years ago, my husband the Norwegian Artist and I were part of this team (I know, sometimes I’m surprised at myself, too): he played the guitar and I stood up with two other women in front of the microphone and sang, because otherwise, some of those songs — especially contemporary ones that need to be replicated exactly the way they are performed on the radio — are too difficult to get through.

(Why not just play the song digitally? I always wondered. We’ll just close our eyes and listen.)

Now every church and every congregation has its own way of doing things, but generally there is a “worship plan” as to what songs are chosen, how many, and in what order, so while the specifics vary, the concept of the Plan does not. At the time we were on the worship team, the Plan looked like this:

2) After announcements, 5 songs, following a theme — prayer, joy, patriotism, spiritual war, etc.  We began on a faster, upbeat note and transitioned into a thoughtful, slow, meditative mood. Some days, we were “Jewish,” meaning that everything was in a minor key and sounded like the musical score of Fiddler on the Roof. Other days, we were thoroughly American Gentile, staying firmly on that major key.

4) If I had any say, at all, I shot down all songs that involved words like, “I lift my hands up,” because I felt like a thorough idiot waving my arms about in front of 150 people and pretending as if I didn’t know they were there. Of course they are there — they’re staring at me.

5) At the close of the Worship Service, we quietly and prayerfully exited the stage, heads bowed, while the pastor strode to the podium and adjusted the microphone clipped to his tie. Worship time is officially over.

In every evangelical Christian church we have attended in a lifetime of attending church services, this is what Worship looks like, with variations, as mentioned before, on the type or number of songs sung. What is a given, however, is that there is a Plan, and that Plan is adhered to. In the allotted 10-20 minutes, the congregation sings —  “worships” — with no allowance made for extending the time if people are really getting into it, because that sermon, you know, is mandatory.

When we stopped attending weekly church services and started walking the narrow, winding path of the difficult, dissident, independent Christian, I wondered, at first, how I would “worship.”

Not being a particularly good singer (or so my family says) and totally incapable of playing any musical instrument, I figured that worship was no longer a part of my life — because I wasn’t singing, and according to contemporary church culture, worship consists of controlled, corporate, group singing. In bigger churches, it looks more like a concert, and the people in the congregation aren’t really necessary because they’re not as professional as the team up front. (In smaller churches, that doesn’t tend to be an issue.)

The Traditions of Men

So for years, as I sought God, prayed, rested in His arms, meditated upon Scripture, marveled at creation, and thought deeply about truth, peace, hope, and joy, I didn’t worship.

Or did I? Like many aspects of contemporary establishment corporate Christianity, worship is defined by what we do in church services: we sing, as group, led by a smaller group.

When we pray, we pray, as a group, led by an elder, deacon, or pastor.

When we study Scripture, we do so in a group, guided by a Small Group Leader who is most likely an elder, a deacon, or a pastor. (If it’s “just” women, or children, a deaconess can preside, but not if there’s any testosterone in the room.)

I am reminded of Jesus’s words in Mark 7: 6-8, when He responds to the Pharisees’ accusations that Christ’s disciples don’t “live according to the tradition of the elders,”

“He replied — Isaiah was right when he prophesied about you hypocrites, as it is written:

“‘These people honor me with their lips, but their hearts are far from me. They worship me in vain; their teachings are but the rules taught by men.’

“You have let go of the commands of God and are holding on to the traditions of men.”

There’s nothing wrong with singing in church, but more than one person has commented, “I don’t feel what the words are saying, but I’m singing them anyway. Is that wrong?”

Not necessarily, but your question is good. Recognize that worshiping God is not limited, defined, or confined by gathering in a group and following the leaders behind the microphones.

Worship Him alone, at home, on your own — whether or not you sing — by simply focusing on His goodness, His grace, His mercy, His love, His sheer perfection. Read His Word, and seek its truth.

Psalm 100 tells us to “Shout for joy to the Lord,” and I’m sure there will be some mega-church, somewhere, that will make a movement out of doing this literally.

“Worship the Lord with gladness; come before him with joyful songs.

Sing, if you wish. Or listen to beautiful music (it doesn’t have to be “Christian”), and let it carry you upward. Or be silent. There is no standard rule — a tradition of men — that God requires you to follow in worshiping Him.

Thank you for joining me at Commonsense Christianity, where I reach out to, and try to find, the Christians who don’t fit into, or are tired of, contemporary establishment church culture.

Are We Dumbing Ourselves Down?

Alone But Not Lonely

The Misfit Christian (this is my book, written for Christians in or out of a church situation, who are simply tired of feeling that there’s something wrong with them, somehow) 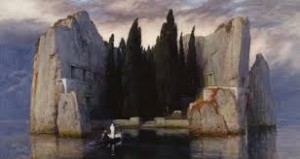 "Why Are You So Afraid? Do You Still Have No Faith?"
archives most recent
More from Beliefnet and our partners
previous posts