I have a cat named Xena the Warrior Princess, which is a diverting misnomer because she is one of the timidest animals alive.

Admittedly, as far as staying alive, running away from trouble is a successful stratagem for Xena, who spends her days concealed in the bushes, wide-eyed and paranoid. When she does venture out, she flat out runs, which invariably results in the dog hard on her heels. And then it’s back to the bushes.

As I say, it’s a successful stratagem for staying alive, but not necessarily for living.

So it is with many Christians, who are some of the most timorous humans I run into. Not all of them, mind you — there are many, many believers persecuted and punished for living their lives with honor, grace, and truth, and too many of them we know nothing about because they are in prison or in poverty. Some of the photos circulated of their last moments are too graphically violent to be “permitted” on social media sites, although one can’t help but wonder, if it’s too dreadful to see, what was it like to endure?

But in the United States, the country in which I was born and in which I live, while we are not yet at overtly complete totalitarian status, we’re definitely not free and swingin’ in the tropical isles, contentedly living our lives in liberty and without interference from the powers that be, which, theoretically, “serve” us.

Even the densest insensate realizes that “stuff is going on,” to the point that occasionally, on national and corporate news stations, a story shows up about a road block in which police randomly stop drivers to check for potential drinking (the Fourth Amendment of the Constitution prohibits illegal search and seizure, but many judges and justices routinely interpret things differently) or invasive and degrading TSA pat downs (a bit over “friendly skies” there).

You can’t go through the day without seeing an injustice perpetrated by an official, corporate, military, or government agency — even if it’s nothing more than a speed trap — and yet, when it comes to letting others know about these things, Christians are the last to speak up. If it weren’t for a number of very brave, very loud, and disproportionately non-Christian voices, we wouldn’t know as much as we do. (This is a good time to mention the Rutherford Institute, which is Christian-based, and which does speak up and out. But it’s a minority.)

“I don’t want to post anything on Facebook,” people whisper, “because they’re watching these things, you know, and identifying who could be potential troublemakers.”

1) Who’s they? Logic dictates that it isn’t the Russians, or the Islamic Extremists, or whatever other enemies we’re told to be afraid of. “They,” quite unfortunately, appears to be our own government, which, theoretically, is supposed to be “of the people, by the people, and for the people.” So why are the people afraid?

2) Since when did expressing an opinion — any opinion — result in being put on a troublemaker (read: domestic terrorist) list? There is a First Amendment, as well, to our Constitution (freedom of speech, religion, and the right to peaceably assemble); unfortunately, it is also regularly, oddly interpreted by judges.

3) In any war, half the battle is won when you convince the other side that it has already lost.

Psalm 82 is a short conversation from God, the one true judge, to the “gods,” the leaders and judges in the world of men:

“How long will you defend the unjust and show partiality to the wicked?

“Defend the cause of the weak and fatherless; maintain the rights of the poor and oppressed. Rescue the weak and needy. Deliver them from the hand of the wicked.”

Does this sound like what those in power are doing today? The Psalm continues:

“They know nothing, they understand nothing. They walk about in darkness; all the foundations of the earth are shaken.”

Since the “gods” of this world are not doing the job to which they were appointed, maybe we, the ordinary people, and especially the Christians in America who are not yet bound and tied, can speak up for the weak and defenseless, and not be so afraid that “they” might notice us and put us on a list. Because when and if they do, won’t we want someone to know, and possibly speak up for us, even if it’s nothing more than a Facebook post?

By the way, the Psalm has an interesting penultimate line:

Evil doesn’t triumph. But it can gain a lot of power, when good people sit back, watch, and say nothing.

Thank you for joining me at Commonsense Christianity. You know, we do live in a global environment, but it’s not for others’ financial gain. As Christians, we have brothers and sisters all over the world, many whom live in countries with far fewer freedoms than we still enjoy.

Before we lose all our freedoms, perhaps we can grab the remnant of what’s left and speak out openly, while we still have that opportunity.

Will We Ever Say Good-bye to the Legacy of the Vietnam War?

The Misfit Christian (if you are one of those Christians who already speaks up, and isn’t afraid to post links, stories, and statements on Facebook, then you may find that you don’t fit into the crowd, including the one at the doughnut tray in the back of church. Before you condemn yourself for being a misfit, or worse, try to fit back into the group, consider my book. I wrote it for you.) 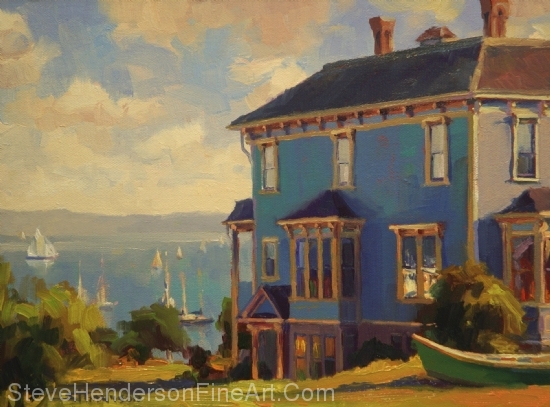 Do You Long for the Love Christianity Promises?
archives most recent
More from Beliefnet and our partners
previous posts