Christians have a bad reputation for being unkind, intolerant, harsh, judgmental, and self-righteous. Oh, and uneducated.

Now of course, anytime you speak about, or live, moral absolutes, you’ll get attacked by people who don’t want to be told — either by your words or example — that what they’re doing is wrong. Jesus Himself didn’t make a lot of friends on this planet.

From time and distance, however, most people, even those who don’t choose to believe who Christ is and what He says, concede that He was “a great teacher,” or a “morally upright man.” They don’t go on and on about His acrimonious unfeeling attitude toward the lives and feelings of others.

That’s reserved for us, His hands and feet, His voice and message, and Christ warned us that this would be so:

If They Hated Christ, They’ll Hate You

So the upshot is, if you are truly living for Christ, the eventual outcome is that many people who do not know Him — the world — will hate you, simply because of who and what your Master, Christ, is. And yet you, and I, persevere because the message which the world hates so much — that God loves us, deeply and dearly, and wants to enfold us in His arms — is one that individual people within the world are crying to hear.

That’s Part A of Why the World Hates Us.

Part B is a bit more disturbing, because it — justifiably — makes us look bad.

But Sometimes, There’s Another Reason

Too many times, people strongly dislike Christians not because of the message of our Master, but because of the attitude we project when we seek to convey that message. We come across as

This list can go on indefinitely, the point being that, when we walk into a room and make the rest of the people in it feel like slug droppings because they could never approach our level of holiness, virtue, saintliness and piety, we have actually failed to get across the veritable essence of those attributes. People — real people — were drawn to Christ because of His love, understanding, patience, sensitivity, and kindness, and He managed to convey, and teach, truth without abandoning any of these.

Christ’s Example Is the Right One

With the weak He was gentle; with the arrogant He was firm; with the foolish He was patient; with the cunning He was wise. But He Himself was never proud, demanding, merciless, or disagreeable. Far too often, we are.

But we serve a loving and gracious God, and if we back off and pull away from our outward trappings of religiosity, He works with us to show what real compassion, kindness, wisdom, discernment, and mercy look like, as opposed to the substitutes we so easily fall into.

Religiosity versus relevance: what’s the difference? Join me at, “I’m a Christian, but I’m not Religious.”

Thank you for reading Commonsense Christianity. I post three times a week, and I welcome your comments and thoughts — as we dialogue with one another, we learn from one another. And while we will not agree on every point (we’re not robots, you know), we can still love and support one another. Articles similar to this post are

The Statement No Christian Should Make 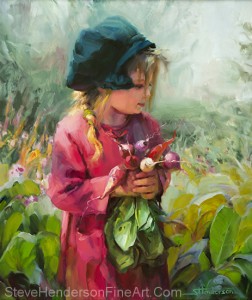 You're a Name, not a Number
archives most recent
More from Beliefnet and our partners
previous posts