Traveling to Karachi from the US is not easy. But traveling back is even worse.

I returned a couple weeks ago from my trip and have been coping with the usual jet lag and GI/respiratory baggage that comes from an extended trip to the far side. The pace of events during Ashara itself was too hectic for me to have any time to post while I was there, but now that I am back and mostly recovered, I can retrospectively write about the experience. And in retrospect, Karachi deserves a spotlight all its own.

Karachi is the living heart of Pakistan. It is Pakistan’s New York, its Mumbai, its London – the sprawling metropolis where everything happens, where everything matters. We were in the heart of the city, in the Saddar district, and to be honest there were few architectural landmarks visible from street level that were notable. The most important feature of the landscape, Jinnah’s tomb (above), was only visible from the hotel’s upper floors, and dominated accordingly.

The difference between Karachi and Mumbai is subtle at first, then gradually grows – the eyes first see similar things like juxtaposed high-end boutiques and street vendors, parks and dumps, condos and slums, with roads full of cabs,cars, and rickshaws. But the nastaliq script is everywhere, which immediately gives a sense of identity. Small signs on street medians that say “subhanallah” or “mashallah” convey the entanglement of faith and culture in a familiar instead of alien way. Instead of mandirs there are mosques, mosques everywhere – but still outnumbered by the shops and the old buildings. The sea glitters in the distance, glimpsed from an overpass, but seaside is far more industrial.

There is energy here and there is ambition. It is not a cynical place, Karachi, nor a world-weary one. It is not as cosmopolitan, but this is in a way a reason for its focus and its drive – it doesn’t need to cater to everyone, the city knows it audience and focuses accordingly.

Of course, there was the security. The Pakistani government was highly aware of the significance of Ashara sermons being conducted in the city for the first time in 21 years, in addition to the local Shi’a processions that are an annual tradition. Entering the environs of Taheri Masjid, where the sermons were conducted, was a bit like playing Call of Duty in real-life – large shipping containers blocked off all major access roads, with armed guards atop and below, and sniper nests on nearby rooftops. For the final days of Ashara, the city disabled all cell services, which would be unthinkably inconvenient in the US but simply accepted as necessary by the entire metropolis of 15 million people.

Karachi – and Pakistan – have a negative perception here in the US because the only filter is the lens of terror and conflict. And there is a reason for that filter. But it hardly captures the living reality of this amazing city, and proud nation. Pakistan is unique among Islamic countries, because it was conceived as an expression of Islamic democracy at the outset (setting aside the chaos of Partition, a gross and tragic failure of implementation). The founder, Mohammed Ali Jinnah, himself articulated his vision in various radio broadcasts as follows:

“Pakistan is the premier Islamic State and the fifth largest in the world. . . The constitution of Pakistan has yet to be framed by the Pakistan Constituent Assembly. I do not know what the ultimate shape of this constitution is going to be, but I am sure that it will be of a democratic type, embodying the essential principles of Islam. Today, they are as applicable in actual life as they were 1,300 years ago. Islam and idealism have taught us democracy. It has taught equality of men, justice and fair-play to everybody.”

The great majority of us are Muslims. We follow the teachings of the Prophet Mohammed (may peace be upon him). We are members of the brotherhood of Islam in which all are equal in rights, dignity and self-respect. Consequently, we have a special and a very deep sense of unity. But make no mistake: Pakistan is not a theocracy or anything like it.”

“You have to stand guard over the development and maintenance of Islamic democracy, Islamic social justice and the equality of manhood in your own native soil.”

Jinnah did not conceive Pakistan as a theocracy, but rather a republic, and that vision has endured. Imperfect though it is, Pakistan tries, and by its own existence proves that Islam as a political entity is not limited to Caliphates like the Ottomans, Kingdoms like Saudi, or theocracies like Iran. This is why Pakistan matters, and this is why Karachi exists, because Karachi could exist nowhere else in the Islamic world. 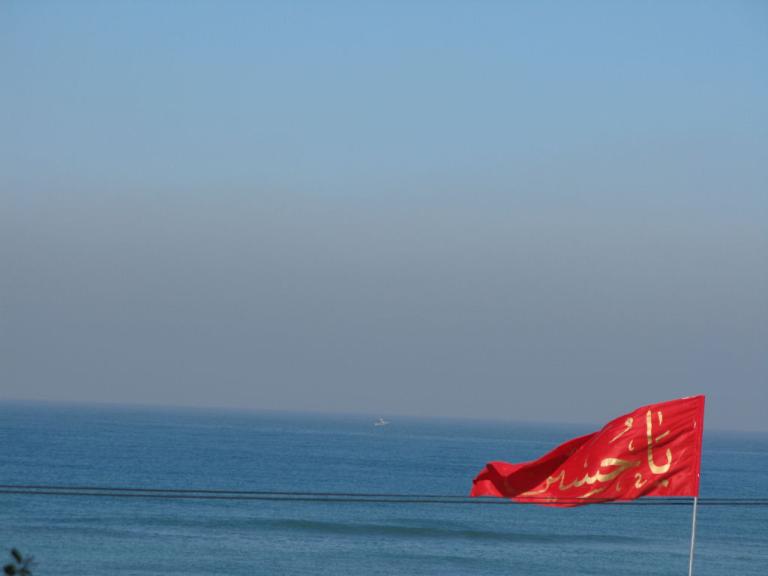