Of all the weird stuff I see on Facebook and Twitter, this pretty much beats all this week. 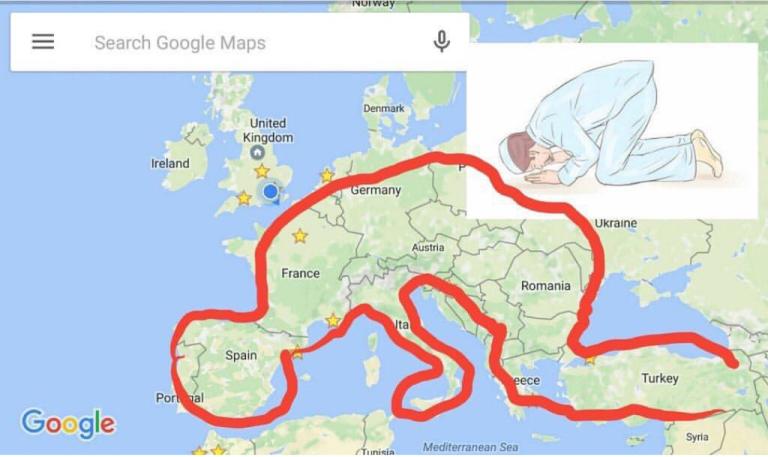 Brother looks like he’s got some knee pain. And tiny t-rex arms. Anyway, I’m sure we can blame Obama for this somehow.

In all seriousness, this image is more likely the result of a fearmongering Islamophobe than an overly enthusiastic Muslim polemicist. The fears of “Eurabia” – invented by the conspiracy theorist and self-styled “scholar” Bat Ye’or, then syndicated by the Islamophobia industry, have been thoroughly debunked – here is a BBC Radio video that refutes Ye’or’s arguments about Eurabia in exhaustive detail:

And here’s supplementary essays by Danios at Loonwatch and TinyFrog that comprehensively refute the Eurabia theory.

What about the ongoing migrant and refugee crisis in Europe? There were 1.3 million asylum applicants in all of the European Union in 2015. Considering that Europe has a population of 742.5 million, the refugee crisis can safely be dismissed as negligible as far as impact on European demographics is concerned.