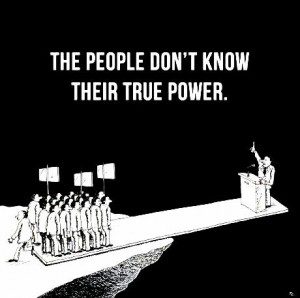 The following rant was posted on Facebook by a friend of mine, and I have her permission to reproduce it in its entirety.

Systems of patriarchy are sometimes so entrenched, we just accept them as part of normal daily interactions. Popular discourse often maintains that it’s men who do such and such to women–thereby reinforcing the active/passive stereotype–but it’s easily forgotten that women are sometimes complicit agents within the system as well and can inflict just as much harm on fellow women. To “save face” within the system, any measures can be taken. This is all a rambling way of me screaming about a personal issue that I normally would not publicly share: the fourth false, unfounded, out-of-the-fing-blue accusation I’ve come across in my life about my being The Other Woman. I AM NOT. If you are unhappy in your marriage, get. the. hell. out. If you are too scared to leave your marriage due to social pressures, do. not. blame. other. women; blame the system. If your spouse is interested in other women, it is not those women’s fault. And if you have an issue with your spouse, talk. to. him; don’t try finding outside excuses. I have had it UP TO HERE.

The standard narrative – especially in a traditional culture or religious milieu – is that men have all the agency. But Women carry all the blame. Hence bizarre advertising campaigns ostensibly in favor of hijab that compare women to pieces of candy – obviously written by men, but also tacitly endorsed by women who buy into the narrative. And this mentality obscures inspiring and uplifting acts of feminist empowerment that should be seen as the norm rather than the exception.

The truth is that the person who performs the action should bear the blame. Seeking scapegoats – and the scapegoats are almost always women, whether the accuser is a man or a woman – is perpetuating the very systems of patriarchy. This is how these systems are entrenched – not by any religious validity or sanction, but by complicity among the very people that said systems routinely oppress.

The issue is of course more complex than the rant allows – the whole case of Ray and Janay Rice (and the #WhyIStayed / #WhyILeft hashtag campaigns that they inspired) shows that why women stay in bad relationships is more complicated than just fear or pressure. But the bottom line is that women do have agency. And men should carry blame. Any suggestion to the contrary is against the most basic recognition of women as equal human beings to men, and anyone trying to justify institutionalized misogyny of this type on religious grounds is part of the reason why cancers like ISIS metastasize.

If the image accompanying this post seemed irrelevant at the outset, I hope that my editorial choice is more defensible now 🙂

Related – a great post from a relatively new blog, MuslimGirl, “the hypocrisy of the male-centric narrative” – a must-read.