On Friday, January 17th, his holiness Syedna Mohammed Burhanuddin RA passed away in Mumbai. Syedna Burhanuddin RA was a visionary intellect and pious guardian of the Deen of his followers, the Dawoodi Bohra community, to which I proudly belong. In his time, he renovated great architectural landmarks like Al Jamea Al Anwar masjid in Cairo, renewed the institution of Al Jamea tus Saifiyah, inaugurated the magnificent Saifee Hospital in Mumbai, and was the first officeholder of al Dai al Mutlaq to visit Europe and the West, starting in 1978 when he resided at my parents home near Chicago and culminating in the Ashara sermons in Houston in 2001. But by far his most lasting legacy will be we, his Mumineen, whose religious values he cultivated and strengthened immeasurably, even as he encouraged and promoted modernity, education and literacy. The Bohra community’s reputation as enlightened and modern, yet pious and orthodox, is owed entirely to Moula Burhanuddin’s RA leadership and wisdom. The book Mullahs on the Mainframe

by Jonah Blank portrays in detail that balance of deen and dunya which Burhanuddin Moula RA so carefully fostered.

For anyone under the age of 50, Syedna Mohammed Burhanuddin RA was the only Dai we ever knew.

Last week, Aqa Moula Burhanuddin RA was laid to rest in the breathtaking Raudat Tahera mausoleum, the only structure in the world with the entirety of the Qur’an inscribed inside, in gold leaf. He will rest for the ages alongside his own father, Syedna Taher Saifuddin RA. I was privileged to travel to Mumbai last week and pay my last respects.

Syedna Mohammed Burhanuddin’s RA rightful successor, Syedna Mufaddal Saifuddin TUS, is no less a visionary than his father. In just the few short years since being named Syedna Burhanuddin’s RA mansoos, he has pushed new and groundbreaking initiatives like the thaali program which provides healthy meals to every Bohra family worldwide, which has relieved tens of thousands of women of the daily burden of worry about what to feed their families and reducing the physical labor of cooking. And it will fall upon Syedna Saifuddin TUS to continue the work of upliftment that Syedna Burhanuddin RA began, most notably in the Bhindi Bazaar redevelopment project in Mumbai, which will transform an aging and decrepit, overcrowded section of the city into an oasis of modern apartments and retail. This project will greatly lift the standard of living for thousands of residents of Mumbai, Bohra and non-Bohra alike, and revitalize the economic center of Mumbai.

I cannot express how much I will miss my Burhanuddin Moula RA. But even as I mourn along with the rest of my community, we are grateful that we have Saifuddin Moula TUS to show us the way forward. Now as ever, I am proud to call myself abde Syedna TUS.

Related: The Syedna was a “beautiful contradiction” (Mumbai Mirror) 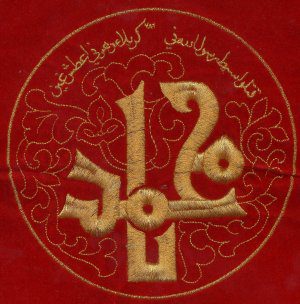