Let’s pray for China’s Christians who are being persecuted. The Chinese government is continuing to remove religious materials from the hands of believers to wipe out Christianity altogether.

Some Christian WeChat accounts, in addition to the “Gospel League” and “Life Quarterly,” are no longer available online, according to the International Christian Concern (ICC).

When users tried to gain access, they received this message, “We received a report that [this account] violates the ‘Internet User Public Account Information Services Management Provisions’ and its account has been blocked and suspended.”

In addition, Bible Apps have been taken down from China’s App Store and hard copy versions that can no longer be purchased online. Christians can only access Bible apps through the use of a VPN.

This is not the first time China has been in the news for persecuting Christians. China has an extended history of oppressing and persecuting religious minorities. Christians have also been victims of violence as well, and the government continues to demolish Christian church buildings.
China is currently ranked 17 on Open Doors’ 2021 World Watch List of countries where Christians suffer extreme persecution.

Currently, President Xi has demanded that all religions “Sinicize” to see that they are loyal to the atheist party.

Learn more about how China is targeting Christians in the video below. 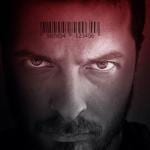 No, the COVID Vaccine Isn’t ‘The Mark of the Beast,’ Pastor Greg Laurie Says
archives most recent
Get the Christ News Today Bible Verses email newsletterpowered by ArcaMax
More from Beliefnet and our partners
previous posts