Jenna Ellis, one of President Trump’s attorneys, garnered a lot of attention on Twitter this week after stating she was in fear of the “cancel culture” and the Democrats coming after Christianity.

The lawyer said in a Tweet, “I’m going on record now: If they try to cancel Christianity, if they try to force me to apologize or recant my Faith, I will not bend, I will not waiver, I will not break. On Christ the solid Rock I stand. And I’m proud to be an American.”

Many on Twitter, particularly those of the Black Lives Matter movement, were confused by her statement. User Kurt Eichenwald wrote in response, “They? Get back behind the curtains, drama queen. No one is doing anything to Christianity.” Another tweet by said, “it’s people like her who turn Christianity into a joke. as a Christian myself, it’s obvious that Christianity is not “under attack” and hasn’t been. this is just an excuse for her to seem oppressed instead of fighting for those who really are.”

The fear, though some find unfounded, does have support. Earlier this month, researchers Paul A. Djupe and Ryan P. Burge found that 22 percent of Americans think a Democratic president would “ban the Bible”.

Later, Ellis stood up for her tweet during an interview with Christian Eric Metaxas. She said she was proud of her tweet and willing to do whatever is necessary to stand up for her faith.

“And it gives me tears, because this… you’re facing a culture where you get attacked for saying that! And I did! I got attacked by so many people! But I had to, sitting on the plane, I said, I have to stand and declare right now. I have to say that on Christ the solid rock I stand because the Bible says you need to declare your faith before others,” she said in the interview.

“And that tweet now has gotten over 4.5 million impressions as of today. Christianity was trending and still is trending as one of the top political topics now.” 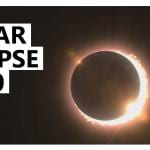