This Saturday, June 21st, the world is will see a rare “ring of fire” solar eclipse. This happens with the moon partially obscures our view of the sun, allowing a perfect ring of light to escape the edges. It occurs when the moon is furthest away from the earth in its orbit, and therefore appears smaller to our skies relative to the sun.

Christian evangelist Paul Begley has been outspoken out the upcoming phenomenon and believes it’s a sign fo something more sinister.

In a recent YouTube video to his 335,000 subscribers, Begley said “Guys, we are in the end times plagues.”

“Locusts of a biblical proportion are destroying countries like Yemen, Ethiopia, Kenya, Somalia, Sudan, Pakistan now has been swamped, India overwhelmed with locusts.”

Now, more things continue. Begley believes the June 21 eclipse is another sign of armageddon, referring to another of the ten plagues – when God told Moses that “darkness will spread over Egypt” for three days.

“There are three major signs in the heavens that are going to happen between now and the end of the year,” he said. “The first one is on June 21. We’re going to have a solar eclipse that’s going to go over the entire Holy Land.

The sun will be over Israel for six hours. The second “major sign in the heavens” Begley points to is another eclipse on July 4, a penumbral lunar eclipse that coincides with Independence Day in the USA.

Begley is not alone in claiming that this weekend will bring evidence of the Earth’s imminent destruction. A significant number of theorists have recently come forward with the belief that the 2012 Mayan apocalypse was predicted eight years too early and instead is supposed to happen this weekend. 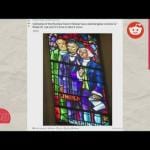