Tom Wright graced us with two lectures, the James A Gray lectures, during Duke’s Fall Convocation.  James A. Gray was an entrepreneurial Christian lay man from Centenary UMC in Winston Salem, who endowed a chair of Bible at UNC, and this lectureship at Duke.  These lectures which Tom gave were a revisiting and reinvigorating of the material he first presented in The NT and the People of God. For those of us who have read this some time ago, it was not new news,  but it was well worth hearing an epitome of this material, expressed once more by Tom, and for many of the clergy ant laity at the meeting, it was fresh.  The tenative title of this first lecture was— ‘Mind the Gap’.

Tom began the first lecture (which was the meatier and fresher of the two), by raising the important question—- Why Did Jesus Live, or more to the point, what is the theological significance of Jesus’ life, between the Incarnation and the death on the cross?   This question is an important one because, there are those who would suggest that the real Gospel is not all those miracle stories and parables in our canonical Gospels, but rather the Gospel Paul preached— he came,  he died for our sins, he arose, he was exalted, he’s coming back.  In short, he was raising the question— what is the Gospel in the Gospels?  Without wanting to deny the soteriological importance of the birth, death and resurrection of Jesus, and subsequent events,  the real question Tom is raising is —does Mt. 3-26 matter theologically and ethically, or could we just do with Mt. 1-2, and Mt. 27-28?

Tom points out the problems with our great creeds— the Apostle’s Creed or the Nicene Creed for example.  They skip right from born of the virgin Mary to crucified under Pontius Pilate, and in fact encourage us to devalue all the stuff in between those two events.  I must confess I have sometimes been guilty of doing so.  Sometimes I have asked my students, could we have been saved if Jesus had never told the parable of the sower, or raised Jairus’ daughter from the dead?  When the students answer ‘of course’ this then leads down a rabbit trail of devaluing the bulk of the material in our Gospels, and there is a problem with that.  Tom says ‘the creeds suggest that Jesus’ kingdom only began later, not during his ministry, and we must not forget that the creeds are the church’s washing line, by which he means it is the part of the story where our dirty bits, our sins get cleaned up.  The problem comes when that part of the story becomes a syllabus for the whole story, or for how to do theology.  When the creeds become a syllabus you’ve neglected what the Gospels say you need to know about Jesus.

The problem with Reimarus and his successors including the Jesus Seminar is that there whole methodology is ‘unfaith seeking validation’ through the deconstruction of the Jesus story’. This of course is the whole project of modern atheistic attacks on the Christian faith, include the historically ridiculous, obscurantist, and simply wrong attempt to suggest Jesus never existed at all, by the Zeitgeist folks and others.

One of the disconnects that Tom is seeking to deconstruct is the old Harnack notion that Jesus came to teach the Fatherhood of God and the brotherhood of all humankind, with nothing very special to say about Israel, or salvation or the Kingdom, if by Kingdom you mean something other than universal salvation simply asserted, and having nothing to do with Jesus’s Jewishness or God’s Jewish people.  Jesus however told stories about God, Israel, and the world.   Tom tells a story about being in a taxi cab in London and the cab driver could tell from Tom’s apparel that he was some sort of clergy.  The cab driver says, “Are you Anglican, the one’s who are wrangling about women bishops?’   Tom to his shagrin, said ‘yes that would be me’.   The taxi cab driver replied “It seems to me that if Jesus rose from the dead, then all the rest is just rock and roll”.    That is,  all the rest is somehow less crucial, and some of it is not worth fighting over.

Another way Tom raises the question he is asking is—- Did Jesus live a sinless life just so he could die on the cross as a perfect atonement?  Did Jesus fulfill the Law so that he could acrue merit, which then gave him the ability to impute his righteousness to us?   Tom responds to these sorts of reductionistic ways of looking at the life of Jesus largely in the negative, it would seem.  He then adds ‘Jesus’ divinity is the key in which the music of the Gospel is played,  BUT, it is not the tune Jesus is playing.  The tune is about how God is establishing his Kingdom on earth.  Beware of using the Gospels to prove freeze-dried doctrines.  It is not true that none of the middle of the Gospel is load-bearing, and it is wrong to put all the weight and emphasis on the cross.  Liberals preach the Kingdom is the real deal, and feeding the poor etc. but see virgin birth and resurrection as getting in the way of the real deal, whereas Evangelicals make just the opposite mistake.  But in our Gospels, Kingdom and cross are integrated.  The Jesus who died on the cross is both King of the Jews and Kingdom bringer.  It is not true that the Gospels simply provide the appetizer, the chips and dip, whereas Paul gives us the real Gospel, the real main course?  We need both to get the whole picture.

The Gospels are a challenge to read, not least because they are trying to give us four things at once, and we need to get the balance right. 1) all four portray a story of how Israel is reaching its God-ordained climax. The point is,  what God is doing for Israel is what God is doing for the world.  Jesus must be understood narratively within the story of Israel.   But the story of Jesus is not just the climax of the story of Israel, it is also 2) the beginning of the story of the church, his story is foundational for the story of the church.   In regard to the differences in the 4 Gospels, Tom says,  just because 4 reporters are partisans of their own local team, there are certain facts they must all present in common, however they interpret them—- namely the score of the game, who scored, who got penalized, who played etc.  They may critique the facts or present the facts differently, but they all are dealing with the same facts.  Thus also in the case of the 4 Gospels.  3)  The Gospels all present Jesus’ story as the strange story of how God is rescuing his people, how God was coming to them, as Is. 40 and Mal. 3 etc. promised.  The Gospels present Jesus as that divine intervention, revealing not what the later creeds were so
pre-occupied with (Jesus must have been a different kind of human) but rather focusing on how God must be a different sort of God, if Jesus is his face come to earth.  And 4) the Gospels tell the story of the clash between God’s kingdom and the Empire, which will eventually strike out.  While Jesus’ kingdom does not originate in this world, it certainly does come in this world and comes for this world.   In the second lecture Tom will explain the central message, a bit more. . 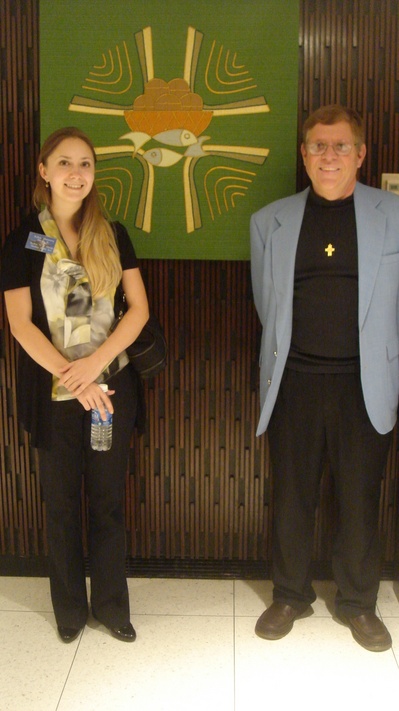