Not at your Beck and Call– a Reply to Glenn Beck 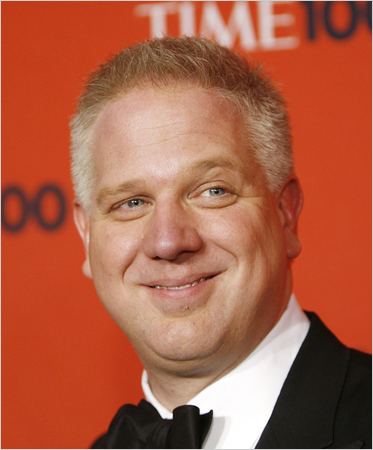 I must
admit that your recent attack (http://www.nytimes.com/2010/03/12/us/12justice.html?scp=3&sq=glenn%20beck&st=cse) on the issue of whether the church should be
involved in social justice matters or not took me by surprise especially when
you inanely went on to associate it with socialism, communism, or even Nazism. This
word just in— none of those -isms existed in Biblical times, but there are
plenty of exhortations in the Bible, to do justice, love kindness, and walk
humbly with your God.

Indeed, there is in fact about as
much in the Bible about doing justice as there is about love, and furthermore
there is more in the Bible about helping the poor than there is about salvation
itself!  Imagine that.  The Bible is not just about ‘spiritual’
matters. You seem to have the mistaken notion that ‘social justice’ is somehow
a liberal commie agenda foisted on the Christian Church or on the Mormon Church
by left-leaning liberals.  Actually, the
truth is it was set out as an obligation by God first for Israel and then
for the Church.  God, it is safe to say,
is neither a left wing Democrat nor a right wing Republican, or even an
Independent.

In my own denomination, the United Methodist
Church, our founder, John
Wesley (a strong supporter of the British monarchy before the Revolutionary war
and about as far from a communist, socialist, or Nazi as one could imagine)
once said ‘there is no spiritual Gospel without the social Gospel’ (and vice
versa).  He was of course right. Even if
you just read the Sermon on the Mount in Mt. 5-7 you would discover than
concern for the poor and for social justice were an essential part of Jesus’
message. You may remember that Jesus warned that ‘inasmuch as you have not fed,
clothed, and sheltered ‘the least of these’, you have not done it unto to Me.’ I’m wondering if
you have been listening to Jesus lately.
Might I suggest that before you go pontificating on matters about which
you are ill informed, that you do a little research first?  I suggest you start by reading carefully my
recent book Jesus and Money.  You
will discover that Jesus is peeved with some of the things you have been
fulminating about and have unbiblical opinions on.

I cannot speak for all Christians,
but I can say that there are plenty of orthodox ones, both Protestants,
Catholics, and of the various Orthodox denominations who while conservative
Christians are very involved with matters of social justice, and frankly were
very offended by your off the cuff, inappropriate remarks.  Have you ever heard of the Salvation
Army?  If they listened to your advice
they would have to shut down 90 percent of their ministry!  You should apologize to them and the rest of
us in this category. Many of them are in fact  dedicated Republicans.  You will not be increasing market share of
your TV or radio audience if you keep attacking many of those who are your
base.

You may think that your ranting and
raving, first on CNN and then on Fox and on the radio is promoting valuable
discussion of important issues, but in fact all your doing is adding to the

coarsening of discourse in our culture and the closing of the American
mind.  I suggest you go back to school
for a while and not open your mouth again until you have something
well-informed, carefully researched, peer-reviewed, and of general value to the
public to say.  Until then— silence is
golden.  Recite this mantra to yourself before breakfast tomorrow—- ‘bombast won’t last, but God’s concern for justice for the poor and oppressed will’.

The Sporting Life-- What Happened to It?
archives most recent
More from Beliefnet and our partners
previous posts