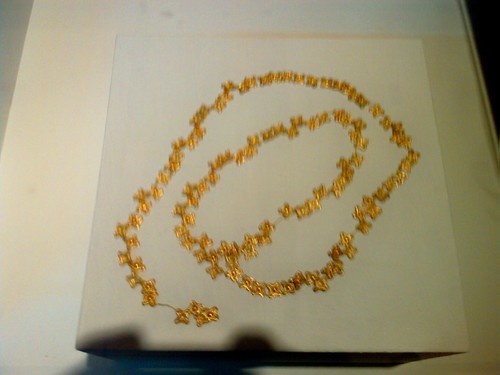 Getting to the bottom of the historical well when it comes to Christmas stories in Matthew and Luke proves difficult at times. It is rather like what happened to the Sistine Chapel ceiling when it was finally cleaned and all the lacquer and dirt of the centuries was removed. The end result was startling, much more colorful…. and more beautiful too.  Well, the real Christmas story is also more interesting and compelling than the usual stuff that passes for preaching at Christmas.  Lets take those famous wise men of Matthew 2.1-12   First a little ground clearing exercise.

1) We do not know how many persons were involved.  We are simply told that more than one showed up– Magoi is the plural of the Greek word Magos, from which we get the English word magic/magician.  A Magos was an oriental priest of sorts, learned in various sorts of esoteric arts, including astrology (studying the sky for clues about the present or future), the interpretation of dreams, the reading of animal’s entrails, necromancy, etc.

2) These men were definitely not kings— so enough with the “We Three Kings…” Christmas carol. These are the kinds of persons who were counselors and advisors to kings, which is precisely how Herod in the story treats them. They were consultants.  We could discuss why the Christmas mythology is more appealing than the Christmas history to some folks.

3) It is not clear whether they came to Bethlehem from the east, or from the northwest, namely Anatolia.  Their profession might well favor the former conclusion but the Greek here should probably be rendered ‘we saw his star at its rising’. which presumably means they saw it rise in the east. But that in turn would likely mean they were looking east, not necessarily they were from the Orient. In any case the story focuses on their astrological work.  They are star gazers.

4) The story very clearly tells us that they do not arrive in Bethlehem until after Jesus was born, indeed possibly well after because we are told that Herod was concerned with infants up to two years of age, and we also have the story of the parents taking Jesus to the Temple on the eight day, the proper day for circumcision.  In other words, they seem to have stayed in Bethlehem after the birth of the child for a while.

So enough with the barn scenes with both shepherds and wise men present simultaneously, and this word also just in— there is no mention of any animals being present or very near the Christ child when he was born or thereafter. This whole barn, manger, animals tableau we owe largely to St. Francis of Assisi who came up with the idea. You will remember he loved all creatures great and small.

And one more thing—  there is probably no ‘inn’ in Luke 2.7– the correct translation of the Greek word there is ‘guest room’ not inn.  Its the very word Luke uses elewhere to speak of the room where the last supper transpired. He uses a very different word for Inn, in the parable of the Good Samaritan. So enough with the sermons entitled “No Room in the Inn” all about the world making no room for Jesus.  Jesus was likely born in a relative’s home in the back of the house where they kept the prized beast of burden, hence the manger or corn crib.  And it is likely they continued to stay with their relatives there when the Magi showed up.

Having cleared away some of the kudzu which has grown up around this Matthean story, lets now consider several more aspects of it.

Firstly, Bethlehem (Hebrew name meaning house of bread), was not even a one stop sign town. It was tiny, and chiefly known for its sheep fields, because here is where the sheep, to be used for sacrifices in Jerusalem, were raised. It probably never had a wayfarers inn in antiquity, as it was not on a major road. So when we are envisioning the slaughter of the innocents, can we please not give the story the Cecil B. Demille treatment.  I would estimate we are talking about single digits when we are trying to count the number of infants through 2 year olds in that little burg in Jesus’ day.

Secondly, we need to talk about the way ancient peoples viewed stars.  In the first place any sort of celestial object might be called a star— planets, meteors, and yes, stars!

But more importantly than that, many ancients believed that at least some of the stars were actually heavenly beings— the heavenly hosts.  So lets rewind the story in Matthew 2 for a minute. Mt. 2.9 actually says the magi left Jerusalem and “the star they had seen when it rose went ahead of them until it stopped over the place where the child was”.  All we need now is a neon arrow in the sky pointing down to the manger!

But seriously folks, no star or planet or meteor behaves as described in Mt. 2.9. The journey from Jerusalem to Bethlehem is only a few miles, but if you leave Herod’s Palace you have to go south and a tiny bit west to get there. No stars, planets, or meteors go north to south and then stop— honestly they don’t.  So all of this astronomical amount of astronomical speculation about whether Jesus was born in 6 B.C. or 4 B.C. because there was a conjunction of planets then may all be pointless.  Matthew may well be envisioning the ‘star’ as a heavenly being, an angel, leading the wise men in the right direction. Angels at least, last I checked, can move north to south and stop at a specific location.

Thirdly, notice that Mt. 2.11 says that the Magi came to a house not an inn in Bethlehem and they found the baby and Mary (no mention of Joseph at this juncture. Was he out counting sheep?).  The text adds that they ‘;worshipped’ Jesus, or at least that’s the usual English rendering.  But it could just as well mean ‘they did obeisance, bowing down to the ground’, a sign of extreme respect (cf. Mt. 8.29.18;15.25), but a bit short of worship. It was the normal gesture you gave when you came into the presence of royalty. This may be the meaning of the verb on Herod’s lips in 2.8 as well.

Fourthly, now about those Christmas presents!  It is because there are three of them that some have deduced there were three Magi. But a minute’s reflection will show that two or ten people or more can go together to give three gifts fit for a king.

And lets consider the gifts for a moment— gold, frankincense, and myrrh.  Odd gifts for a child that has nothing and whose parents are so poor they can barely pay for two pigeons to do the sacrifice in the temple (see Lk. 2.24).

Frankincense and myrrh were very expensive gifts, not least because they only came from southern Arabia and what we now call Somalia. Pliny tells us that a pound of incense cost a full weeks wages of a day laborers and the most prized myrrh could cost 50 days wages of a day laborer.  There is probably an echo of Ps. 72.10-15 here in any case.

These gifts reflect the wealth of the Magi, and the worth of the Christ child in their eyes. Incense was useful for a king for cosmetic, magical, and worship purposes, and even as medicine on occasion.

Myrrh on the other hand was an aromatic often used in burials to retard odor, but also used in small quantities in wine as a drug– (see the story of Jesus refusing the myrrhed wine at the crucifixion). Probably these are meant to be seen as gifts fit for a king, for it is Matthew that stresses Jesus is son of David.    In the end the Magi stiff King Herod, not returning to tell him where Jesus is, having been warned in a dream about his nefarious purposes. Th
is was normal fare for them, since they regularly interpreted dreams and believed they could convey divine messages. So you could say Jesus got the incense and Herod got incensed!

So where does this leave us?  Once we detox the church giddy on the high of a cosmetized and overly sentimentalized version of the story of Jesus’ birth, and realize that this is a story about danger, and a contrast between a paranoid Herod the not so Great (who was in fact partly Idumean, which is to say Edomite), and a real King of the Jews Jesus, we still have much to appreciate and preach.

As George MacDonald put it “we were all looking for a king to slay our foes and lift us high/ thou cam’st a little baby thing, that made a woman cry.”  Jesus did not come to meet our expectations about superstars, he came to meet our needs.

I like what John Donne said even better “Twas much that we were made like God, long beforre/ But that God should be made like us— much more.”

Educational Emails-- Don't You Love Them!
archives most recent
More from Beliefnet and our partners
previous posts