Flowers and animals add a lot to a film like the Narnia tales or LOTR
and Peter Jackson had lots of critters and plants to choose from. Three
stars to whoever can first identify the following flowering plant. 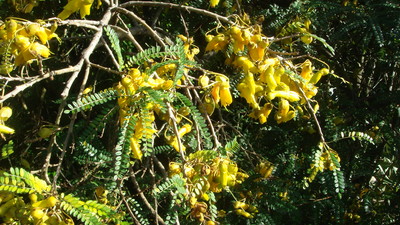 This is yellow gorse, which belongs in the UK, particularly Scotland, but is invasive in New Zealand.

The
creatures of Middle Earth include horses, dragons, wargs and oliphants; in the Narnia tales you have talking beavers and a faun with goat legs.

Alas, Kiwiland
has only one native mammal — a bat.  All other mammals now residing there were imports, most of which, like skoats and deer cause ecological problems for the natives.

One of the great oddities is a marsupial called a
possum in New Zealand.  Unfortunately, this invasive species now numbers in the 70 millions.  How do you combat such numbers?  Trap them for their ultra soft fur from which wonderful
gloves, hats, and scarves are made.  remember that this possum is nothing like
the American opossum, indeed it looks more like a little fox or raccoon.  In combination with wool
from Merino sheep its fur is made into the most popular of ‘wool’
products — possum merino.  We bought hats and gloves for a reason — we didn’t come prepared for the chilly July weather!  Hobbits would have loved possum-merino wear. 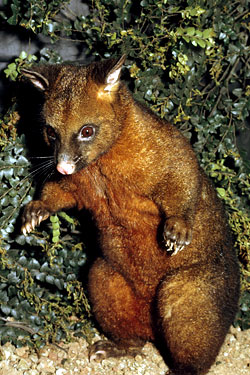 There
are birds in Middle Earth, such as this purple
gallinule, but they sadly didn’t make the casting call because they are not English critters such as Lewis or Tolkien imagined. 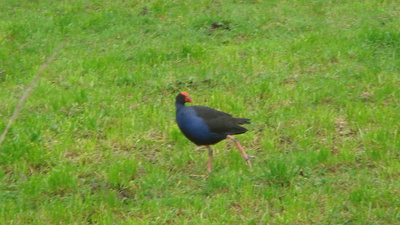 Even the national bird of Kiwiland failed to garner a part.  Few are left in the wild despite many efforts to raise them in captivity and release them.  We were mesmerized by these harmless, nocturnal creatures who were being carefully reared at a sanctuary in Queenstown. 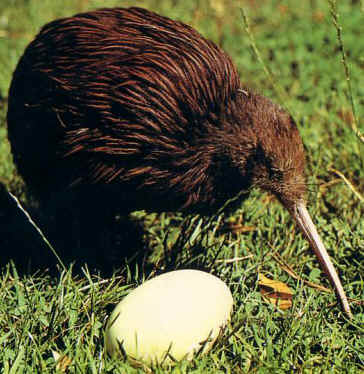 Maybe
in The Hobbit, a kiwi could crawl through the dragon’s cave and
make an Alfred Hitchcock like cameo appearance.  I think I shall suggest this to the new director, Guillermo del Toro. 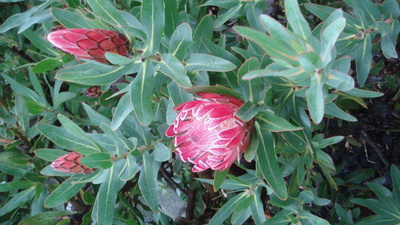 Because
of the temperate climate and the prevalent volcanic soil almost any
plant imaginable grows here.  It is a botanist’s paradise (which is one
reason my wife enjoyed it so much).  Even proteas, quite famous in South
Africa, grow here.  The vegetation is so lush in various
places it is no wonder they had such fat sheep and Hobbits in
Middle Earth.

Flowers
do come in for occasional use in these wonderful films, and there are
plenty to choose from.  I like this one, a form of aloe, a healing
plant. 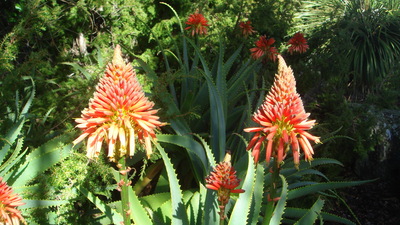 One feels bad that Middle Earth never celebrated Christmas.  In New Zealand, of course, Christmas comes in the middle of summer.  Heralding its approach, the pohutakawa tree puts forth beautiful red blossoms. 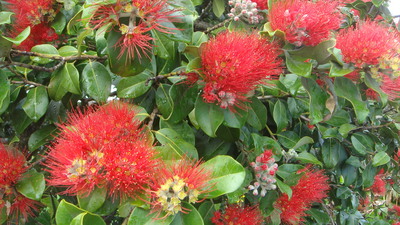 In our next post we must explore the physical geography of the two islands of Middle Earth. 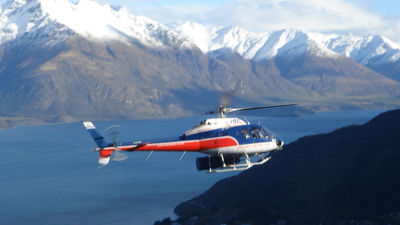