The Dead Shall Have Their Say– More on the James Ossuary 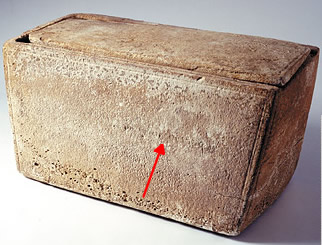 It hardly seems possible that it was seven years ago that Hershel Shanks and I wrote the book The Brother of Jesus (Harper) about the James ossuary. It is also hard to believe that the trial of the owner of the James ossuary,  Oded Golan, has gone on now for four long years, and hopefully will reach its conclusion this year.

We are now in the phase of the trial where the defense is presenting its case for exoneration, and the case appears to be impressive. Most recently (see the BAR website article posted June 15th at www.bib-arch.org) the defense has been presenting new scientific evidence from further testing of the patina (ancient residue deposits in the letters of the inscription reading ‘Jacov son of Joseph, his brother is Yeshua’) that the inscription could not have been produced in the last century, thus exonerating Golan of the charge of forgery of an inscription.  The evidence for ancient patina in at least some of the letters of the inscription (in particular in the word Jesus) was admitted by Yuval Goran speaking on behalf of the prosecution, And of course that is the one word in the inscription most likely to have been added by a later forger, but in fact it is genuine.

Now what are the implications of both Golan’s exoneration (one matter) and the ossuary having a genuine inscription on it (a separate matter)? Well for one thing the IAA is going to have a lot of egg on its face, and will have wasted a lot of money and time in a fruitless and vindictive law suit. But more importantly for historical reasons, the James ossuary will once again provide us with vital extra-Biblical evidence about the holy family, its social status and inter-relationships, and of course the historical existence of James, Joseph, and Jesus.  So much for the ‘God who doesn’t exist’ documentary.  History and archaeological evidence has a way of making liars of the more extreme skeptics eventually.

Of course if the James ossuary is indeed genuine and genuinely a relic of the Holy family, it provides us with an inconvenient truth for some Catholics and Orthodox Christians who believe Jesus had no blood brothers and Mary had no other children than Jesus.   But there will be time enough to discuss that more down the road.  For now it is sufficient to stress that rumors of the forgery of the inscription on the James ossuary appear to be greatly exaggerated, and the attempts to rebury the ossuary and its important historical information have failed.   This is only what we might expect since the occupant of the James box was a firm believer in resurrection, his brother’s and in due course, his own. 🙂    As for me,  I stand by all that was said in the Brother of Jesus and look forward to further revelations about and testing of the James box.

For those interested in the sort of skullduggery (and I do mean skull duggery, since skulls are being dug up) involved in matters archaeological in the Holy Land,  you might well enjoyed my historical novel The Lazarus Effect, which now has a sequel entitled Roman Numerals about more such dastardly deeds.