Laodicea– on a Not so Luke-warm Day

Laodicea of course is a city familiar to all bibliophiles, since it famously is the city referred to in Rev. 3 for its wealthy citizens of diffident faith.  It also has connections with the Pauline churches mentioned in Colossians. But we would not necessarily guess from these passing references how truly remarkable and large this city was.

Turkish archaeologists have been working very hard indeed on this site over the last several years and the results are remarkable.   There is brand new signposting at the site which gives one a good overview of how vast Laodicea was as a city, and how much there is to uncover here. 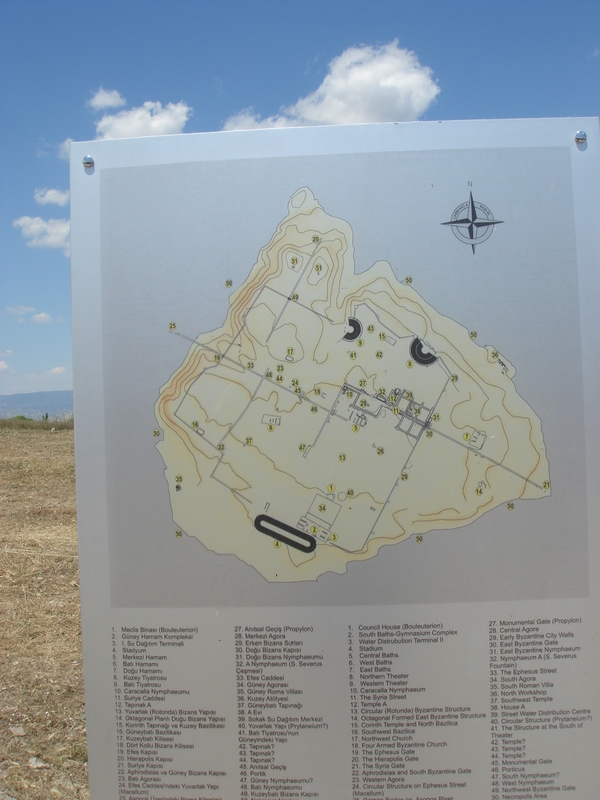 This city was, along with Hierapolis, the most important of cities in the Lycus valley. Nearby Colossae was a dwarf by comparison (and still has not been dug as of this summer, but we live in hope).   The population size of a city is often judged by the size of its theaters and then one multiplies by 10.  On this showing Laodicea was truly urban, with a population around 100,000 at its peak. 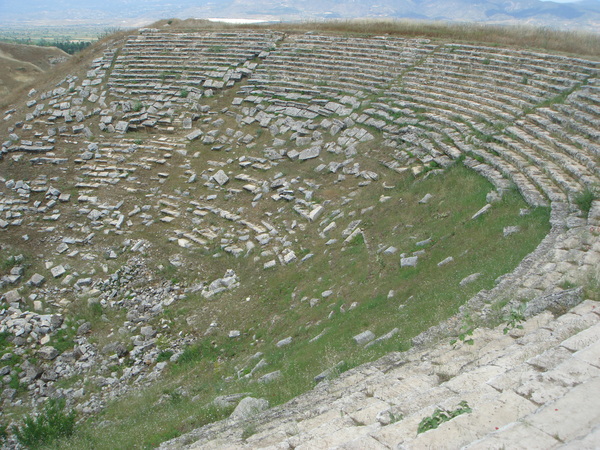 Laodicea of course however famously had a problem with its water. It had too many minerals in it and was brackish.  Perhaps the most remarkable new find at Laodicea is the filter found connected to the indoor plumbing at a large house just off Syria St. Notice the left side of the filter is for the water leaving the building but the middle and right side is for the water entering the building. 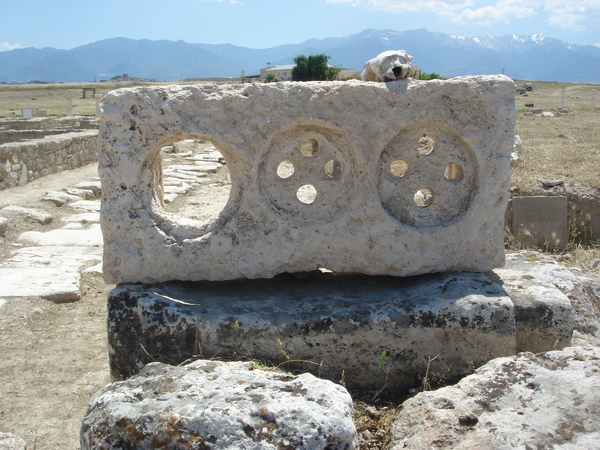 You will also note in this picture the snow-capped peaks hovering over the Lycus valley even in late May. Turkey is a country of beautiful mountains and fertile valleys, and Laodicea was famous as the city in the valley with industry and even a medical college of sorts.  The archaeologists have found  huge  remains of the storage jars used in homes for grain and the like.  For example, see below.  This was a city full of people who had considerable purchasing power. 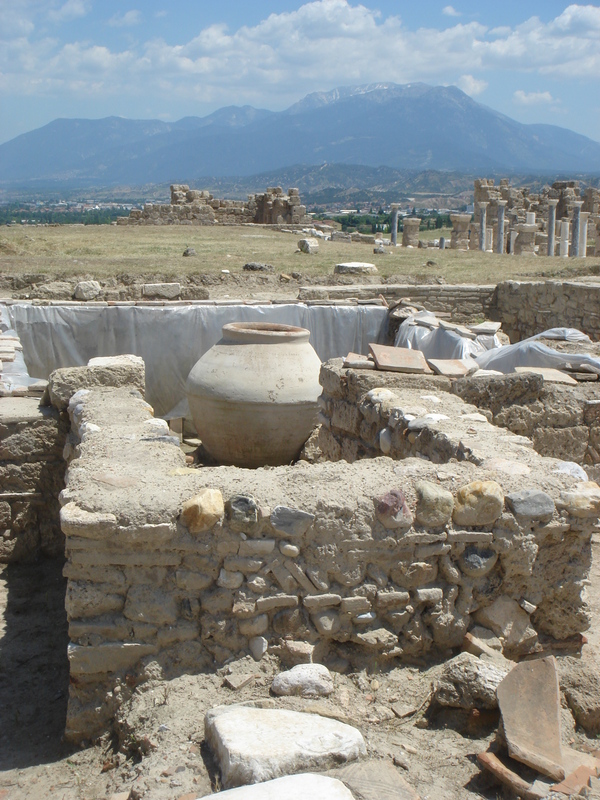 The main archaeological work on the site has been to reconstruct the major streets of one part of the city, including the main street, called Syria street. 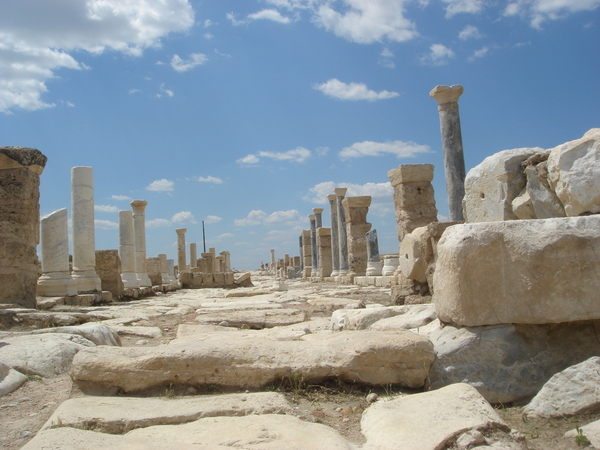 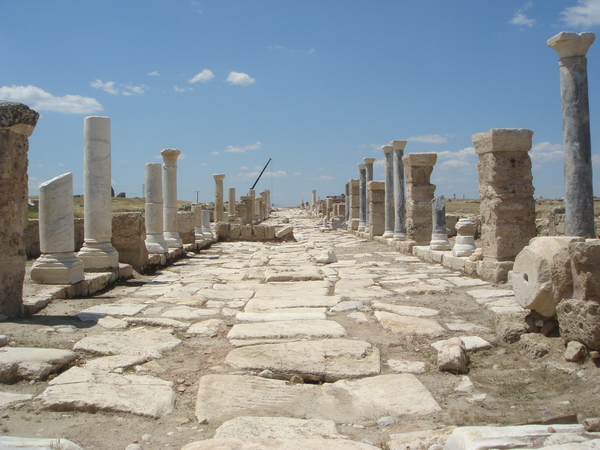 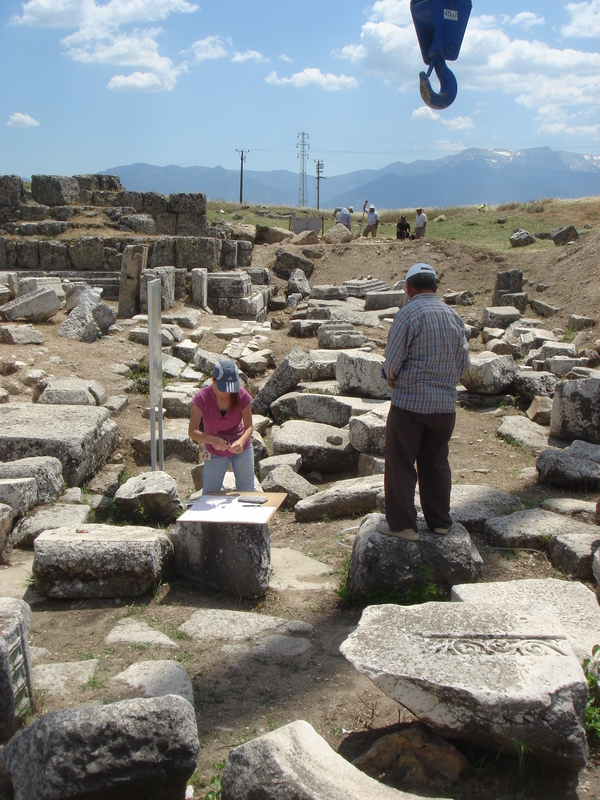 The signs of agriculture are everywhere around this city, and so we must imagine not the modern scenario of cities built on top of cities in urban gridlock as in the northeastern corridor of the U.S. but rather cities dotted amongst largely agrarian areas. 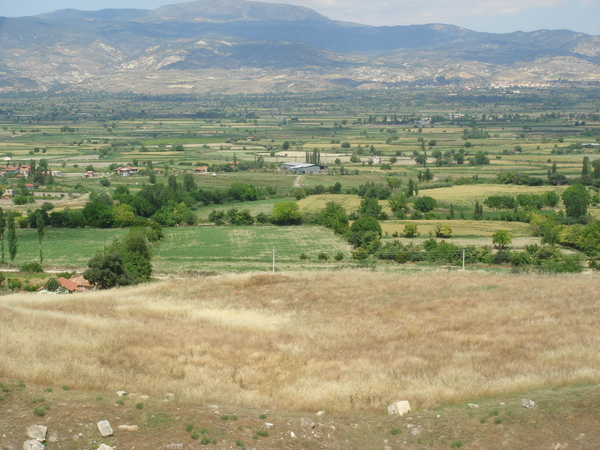 Day to day life in the city or the nearby fields was not all work and no play.  Here below you will see the ancient equivalent of a backgammon board. 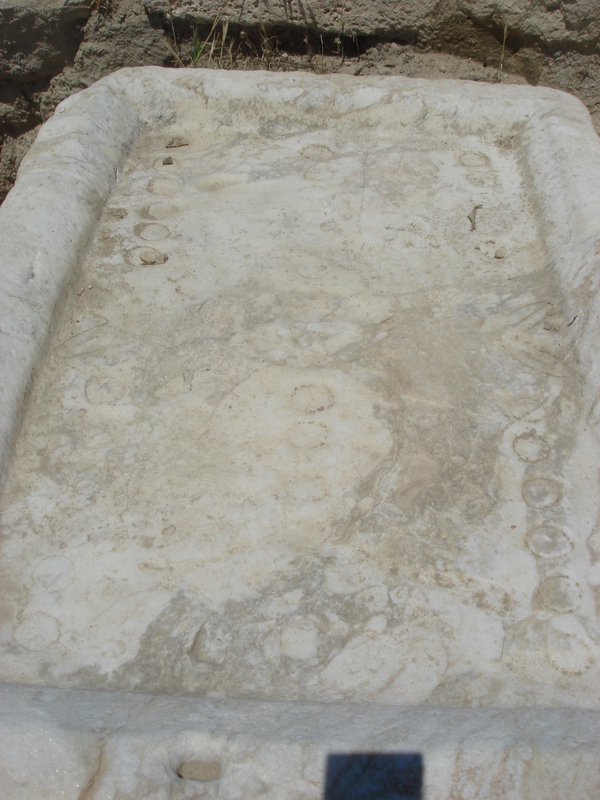 Laodicea was a city that had its ups and downs, not least due to earthquakes, but it still existed in Byzantine times as the evidence of a Byzantine church on the site makes clear. The Byzantines however clearly did not have the same sort of funds or imperial backing for rebuilding after yet another earthquake, and so we see evidence of the recycling of odd shaped stones and even grinding stones to repair walls. 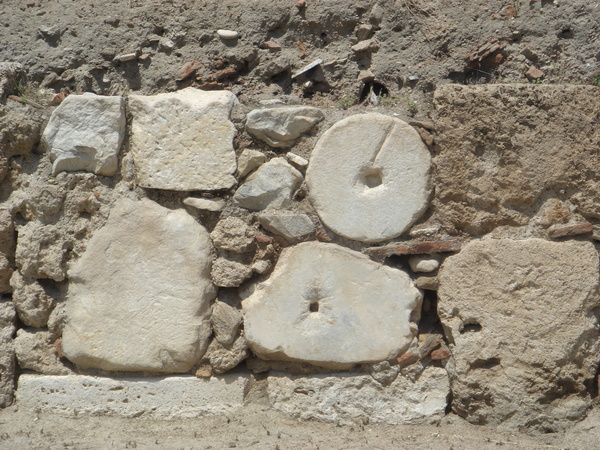 There is much more to be said, but let this be said at this juncture.  The archaeological evidence at Laodicea simply confirms what the NT suggests about the city– it was large,  rich in the first century, a city materially on the rise, but sometimes prosperity has a deadening effect on spirituality as John of Patmos reminds.   The reconstruction of the city today is a work still in progress— but then, so are we. If even Laodicea warrants a visit from the Master who knocks and promises to enter and sup with them, despite all its sin and shortcomings, then there is still hope for us.